It wasn’t long ago that an electric car was an exotic thing. A weird thing. An oddity. They were only bought by the lunatic fringe, hippies in hemp pants saving the Earth from man’s evil ways until their Silicon Valley startup can fully develop a self-driving bicycle. That’s just not the case anymore. Today, electric cars have become as mainstream as organic kale.

Even so, electric vehicles remain a very small percentage all new car sales, but the technology is developing quickly. And automakers around the world continue to make huge investments in the space, creating better and better plug-in hybrids and electric cars with more range, improved driving characteristics and more affordable pricing. That list of automakers includes Honda. All-new last year, the Clarity is available in three variations: a hydrogen-powered fuel cell model, a plug-in hybrid, and a pure EV like our test vehicle. The 2018 Honda Clarity Electric competes against the Nissan LEAF, Chevrolet Bolt, Hyundai Ionic Electric, and Tesla Model 3.

Built in Japan, the Clarity Electric sedan is half an inch longer than a Honda Accord and significantly larger than a Nissan LEAF, a Chevrolet Bolt, or a Tesla Model 3. While Honda sells the Clarity Plug-In hybrid normally, the Electric can only be leased, and its availability is limited to California and Oregon. Prices start at $37,510, including $890 for destination and handling. That’s about $3,000 more than the plug-in hybrid model. As I write this, Honda says it can be leased for 36 months for $199 a month before tax with $899 due at lease signing. There are also tax incentives for buyers in both states, including a $2,500 rebate to eligible California residents.

All models are front-wheel drive and have an automatic transmission. The Electric is only offered in the Clarity's top Touring trim level, whose standard features including leather seating, Bluetooth, navigation, heated front seats, power seats, dual-zone climate controls, LED headlights, and 18-inch wheels and tires.

Honda says it takes 3.1 hours to fully charge a Clarity Electric on a 240-volt charger and 19 hours on a conventional 120-volt household outlet. During our week with the car, we charged it only on a 120-volt outlet, plugging it in every night before Jimmy Kimmel. By morning it was ready to go, with its batteries full and the range readout telling me I had 87 miles of charge, or six more if we shut off the air conditioning. The EPA says the Clarity Electric can go 89 miles on a charge.

The Clarity Electric has a 161-horsepower electric motor under its hood and a 25-kWh lithium-ion battery pack behind its rear seat. After driving the car for a week around Los Angeles, both on the freeways as well as the city streets, the range proved sufficient. Only once did I have any range anxiety, on the tail end of a 65-mile round trip. With 11 miles of range left, the Honda showed me a warning on the dash. Good thing I was just a few miles from home. Do the math, and you’ll realize I wasn’t getting 89 miles per charge. Sport mode, air conditioning use, and aggressive throttle applications severely diminish the range.

Less Range than its Competition

Less Range than its Competition

Although I found Clarity Electric's range sufficient for my lifestyle, its main competitors, which are smaller hatchbacks, can be driven much further on a charge. The Hyundai Ionic Electric can go about 125 miles, the Kia Soul EV has a range of about 110 miles, and the new 2018 Honda Leaf can be driven about 150 miles on a charge. And then there’s the Chevrolet Bolt, which blows them all out of the water with a battery range of over 230 miles.

The sexier Tesla Model 3 sedan also offers more range than the Honda. It can be driven about 220 miles on a charge. It’s also more powerful and much quicker than the Clarity Electric, with a 0-60 mph performance of just 5.1 seconds.

Smooth and Fun to Drive

Smooth and Fun to Drive

While 161 hp doesn’t sound like much, the Clarity Electric is also packing 221 lb-ft of torque and it’s quick off the line. Punch it from a dead stop and you'll squeal the front tires and hit 60 mph in less than 8 seconds. That’s quick enough to push you back in the seat. Merging on the highway is stress-free. A Tesla is still much quicker, but that Prius in the next lane doesn’t stand a chance. Sport mode provides some extra oomph.

Unlike some regenerative braking systems, which capture the energy and send it to the battery pack, the Honda’s brake pedal feels natural with linear response. You can also select between four settings to increase the level of regenerative braking with the Clarity’s paddle shifters. Dial it up and the car slows more intensely when you release the throttle. Steering is responsive and has plenty of feel. With its low center of gravity and large 18-inch tires, the Clarity Electric also offers secure handling, and its body roll is well controlled when you push it into a corner. The ride is comfortable and the car cruises effortlessly on the highway.

You either love the exterior design of the 2018 Honda Clarity or it triggers your gag reflex. With its aggressive front end, long roofline, and uniquely shaped rear wheel wells, which cover the top of the rear tires, the Clarity looks like Honda combined a Civic hatchback with an Accord sedan and an armadillo. One thing’s for sure, it looks like nothing else on the road.

We applaud Honda for taking some chances with the Clarity’s futuristic design. But the company says it’s really all about aerodynamics to improve the car's efficiency and allow the Clarity Electric to "slip through the wind with minimal noise and disturbance."

The Clarity’s interior design is also unconventional, but it’s attractive and well-built, and its panel fitment is precise. Like in the Accord, there’s an overall feeling of quality, seat comfort is extremely high, and visibility is excellent. The Clarity also shares the Accord’s push-button shifter, which is also used in the Acura NSX supercar. It takes some getting used to.

On the center of the dashboard is a large 8-inch touchscreen for its infotainment system. Unfortunately, the navigation system’s graphics are cartoonish, and there’s no volume knob for the eight-speaker audio system. This is a substantial ergonomic snafu that Honda has corrected in some of its other models. Another issue is the sharp edge on the center console that can rub the driver’s knee uncomfortably.

Interior storage is class-leading. The Clarity Electric offers a deep center console bin, sizable door pockets, and a substantial shelf under the shifter that’s large enough for a woman’s purse. The two front cupholders are large and extremely deep. Trunk space is also ample for the class at 14.3 cubic feet. The shape of the trunk space is compromised some by the battery pack, but the back seat is split 60/40 and folds flat to expose a small pass-through for longer items.

Unfortunately, the Clarity’s decklid is not power-operated, and its hinges aren’t strong enough to hold it up if the car is parked on an uphill. Watch out: Park the Clarity on a steep driveway and its trunk can close itself on your head.

The Clarity Electric is within an inch of the mid-size Accord in all dimensions, and its long 108.3-inch wheelbase gives this sedan a very family-friendly rear seat with substantial legroom. Three fit across comfortably, and rear-seat passengers also get their own air-conditioning vents. Honda also put clever phone holders in the front seat backs. My kids loved them.

The Clarity has not been crash-tested by the Insurance Institute for Highway Safety or the National Highway Traffic Safety Administration. But it comes standard with the Honda Sensing Package to help avoid a collision. It includes adaptive cruise control, a collision-mitigating braking system, lane-keeping assist, and road-departure mitigation.

If you’re looking for a family-friendly electric vehicle, the 2018 Honda Clarity Electric is a very solid choice in a field expanding rapidly with compelling competitors. The Clarity Electric is comfortable, it performs well, and it’s fun to drive. Its interior is also beautifully finished and well-appointed, and its rear seat space is class-leading. 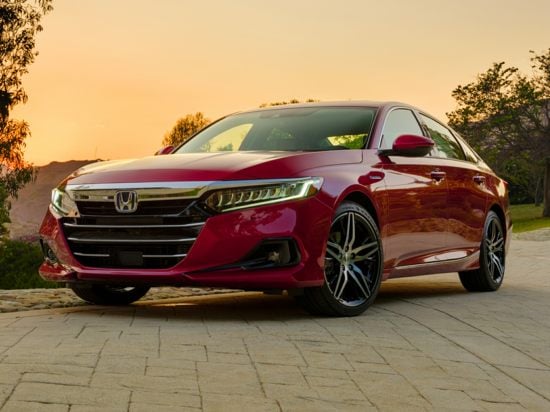