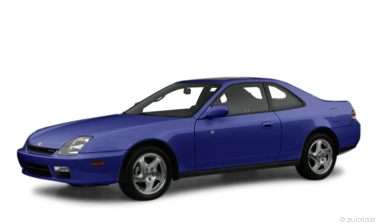 All About Honda Prelude

Before there was Acura and the Integra, or even the Acura NSX, the most potent Honda performance car was the Prelude. Originally offered in 1979, the Honda Prelude was a sporty car, but one trading upon the virtues Honda has always been known for. Then, as now, Honda’s reputation was built upon sophisticated design and elegant engineering, more so than brute strength. In other words, Honda performance cars got there intelligently.

The Prelude was all about beautifully balanced handling and delivering an exceptional driving experience, while providing just enough get up and get down to make things interesting. During the lifetime of the model, Honda used the Prelude (as its name implied) to introduce new technologies eventually incorporated in other models in the automaker’s lineup. Among these were four-wheel steering, active torque transfer, and variable valve timing.

Unfortunately, when it comes to performance cars, most buyers vote with their gut, not with their head. Because of this, the Prelude lost favor as its price crept up into the realm of the more viscerally oriented performance models. Sadly, the Prelude went underappreciated after a time, and ironically fell into extinction just as Honda was building the most dynamically engaging Prelude ever.

In fact, the last generation of the Honda Prelude was built on the same production line as the Acura NSX—and was absolutely brilliant to drive. The gearbox was crisp and well-defined, the engine made beautiful noises when it was wound above 5000 rpm and the VTEC system kicked in. Further, the Prelude’s handling was balanced beautifully and its steering and braking were absolutely telegraphic in their ability to impart feedback to the driver.

These days, if you’re considering a Prelude, this is most likely to be the version of the Honda Prelude you’ll find. Built between 1997 and 2001, its look has pretty well stood the test of time—as has its interior treatment, although back when it was new, the car looked understated in both regards. Is interesting how tastes have a way of catching up to extremely polarizing designs over time. The last generation of the Prelude benefits from this phenomenon considerably.

Power came from a 2.2-liter inline four-cylinder engine. At introduction, the powerplant generated 195 horsepower. Honda managed to find another five horsepower, for a total of 200 for the 1999 (and newer) models—if equipped with the five-speed manual transmission. A four-speed automatic was the other offering, but it dulled the Prelude’s reflexes considerably. If you’re looking for a used Prelude, go 1999 or newer, with the five-speed manual.