It's what's on the inside that counts 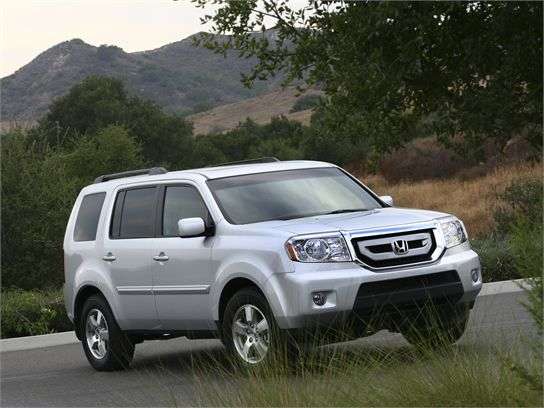 While the 2009 Honda Pilot EX-L RES does have four-wheel drive, the lack of a low-range makes it better suited for running to Starbucks on snow-dusted streets before hitting the ski slopes than traveling snow-covered backcountry roads in search of virgin powder. But the good news is you can take seven of your ski buddies with you to get that morning caffeine fix before hitting the slopes and they'll all have cupholders for their lattes and a place to store their gloves, hats and goggles. Thanks to the RES, rear passengers can even watch Warren Miller's Higher Ground on the way. Moving people and their paraphernalia was never easier, and the Honda Pilot does it without overstating what makes it so. The Pilot's utility speaks for itself and it does so subtly.

Like the rest of the Honda Pilot EX-L RES, the 3.5-liter V-6 engine doesn't command praising prose or disparaging detractions. Mated to a five-speed automatic transmission, the V-6 is simply the means of powering the Pilot, and when behind the wheel, little more thought is given to it than that. It accomplishes its tasks effortlessly and without protest, just quietly humming along, and providing adequate passing power when requested.

If the 250-horsepower engine has a fault, it's not performance, it's economy. We averaged just under 16 mpg traversing Southern California highways and byways during our week in the Pilot -- not an impressive number from a manufacturer known for being a fuel economy leader at a time when fuel consumption is more in the forefront of public scrutiny than ever. We wonder if that number could be improved if Honda offered a six-speed automatic as many competitors now do.

The 2009 Honda Pilot rides quietly, with only the slightest amount of wind noise coming from the side-view mirrors and may be even quieter then we give credit for. The cavernous interior is begging to bounce echoing road noise off its high roof and wide spaced side panels, so it could be that such a slight noise is magnified by the shear expanse of cabin space. But Honda has done a remarkable job of subduing such intrusions, and its not often that external noises penetrate this well insulated cocoon -- bumps are absorbed with little or no notice.

Maneuverability is a breeze for a vehicle of this size. The Honda Pilot steering is light and keeps the 8-passenger crossover nimble even in tight spaces. Rear visibility is hindered due to the Pilot's length, as is the case in all vehicles of this size, but a standard backup camera lends a hand when backing up in close quarters. Braking is responsive, and keeps the Pilot on track with no sign of fade.

When they brought out the 2009 Honda Pilot at the 2008 Detroit Auto Show, we were not impressed with its boxy styling or grille treatment, and little has changed. It's not a car that inspires. The Honda Pilot exists for one purpose and one purpose only: functional mass appeal.

How the 2009 Honda Pilot accomplishes this purpose is that it doesn't call attention to itself with cutting edge performance, flashy looks, or a sumptuous interior. Instead, the Pilot wins owners over with what it does: providing things most people didn't even know they needed or wanted, but who are now in a state of bliss because they have them. That's the magic of the Honda Pilot, as is the case with most Hondas. People aren't even aware that it's because of these subdued features they are so happy. All they know is that when they turn the key, they smile.

The Honda Pilot EX-L RES is subtle. The leather on the seats doesn't stand out. The high quality plastics on the dash and door panels are overlooked. These are understandable oversights, since they are not class-leading, but simply perfectly functional. It's the utility of the interior that is the real unsung hero of the Pilot -- the ability to store every item in its own cubby, tray or cupholder without giving it a second thought.

Admitting such a passion for organization is like confessing a secret fetish for pencil holders and desktop organizers and doing the automotive equivalent of drooling over the Staples catalog. Yet day-to-day, this is no small thing. From a roof mounted DVD screen that remains above the rearview mirror's line of sight even while in use, to the rear cargo hammock that doubles the useable floor space, the Pilot has an interior that just can't be beat for functionality... or understatement.

The 2009 Honda Pilot EX-L RES is packed with more features than consumers will ever realize they needed before driving the Pilot. After finally driving a Pilot and using 90 percent of those features, those same consumers will wonder how they ever did with out them. The Pilot is as quiet, comfortable and functional as it is bland in appearance. If comfort and utility take precedence over announcing to the world how much money you make or impressing the cutie in the convertible in the lane next to you, the 8-passenger 2009 Honda Pilot EX-L RES may have all the answers. 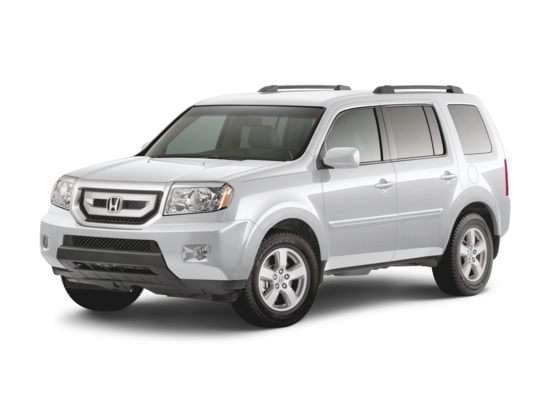