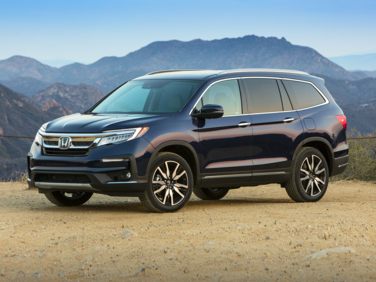 All About Honda Pilot

The Honda Pilot is a four-door midsized crossover SUV with three rows of seating to carry a total of eight people. The Honda Pilot first arrived on the market in 2003. This was Honda’s second attempt at a SUV, since the Honda Passport. The Pilot was designed to fill the gap that the other SUV couldn’t meet and was derived from the Honda Odyssey platform. It offered a 3.5 liter VTEC V6 engine, the same as the Acura MDX, and was a four-wheel drive model. In 2005, the engine was upgraded and Honda added in a tire pressure monitoring system. In 2006, the Pilot was upgraded with a new look, and added in were side airbags and an all-wheel drive system.

There were no major changes to the 2008 Honda Pilot. The vehicle has a 3.5 liter V6 engine and four versions; Value Package, EX, EX-L and the Special Edition. The Value Package is the replacement for the LX. The 2008 Honda Pilot 2WD has a EPA fuel economy rating of 17 mpg in the city and 23 mpg on the highway. For the 4WD model, the ratings are 16 mpg for the city and 22 mpg for the highway.

The 2009 Honda Pilot has been completely redesigned a whole new package that still manages to look the same. Slight improvements have been made to enlarge interior space, utility, performance and fuel efficiency. The utility or truck aspects have been improved with the new 4,500 pound towing capacity on the 4WD models and 3,500 pounds on the 2WD models. To haul this weight is the 3.5 liter V6 that delivers 250 horsepower with 253 ft lbs of torque. The interior passenger space has been increased allowing for full-size adults in all three rows of seating.

The Honda Pilot LX 2WD with a 3.5 L V6 engine that produces 250 hp and matched to a five speed automatic transmission achieves 17-mpg in the city and 23-mpg on the highway. For the 2009 Honda Pilot, the wheelbase has been increased by 2.9 inches and the body rigidity has been improved. With the longer length, the rear doorway is now 2.6 inches taller and 1.8 inches wider. The longer wheelbase also translates to a more spacious interior space and legroom. The 2009 Honda Pilot has moved to looking closer to a SUV and less like a minivan. The body is lighter yet structurally stronger and rides more like a truck. Improvements in the suspension have improved the handling and reduced vibration.

The Honda Pilot is one of the easiest to handle and most efficient crossovers SUVs on the market today. It also has the distinction of being one of the few vehicles where 95 percent of the materials can be recycled.

There the 2008 models, the EX has a one touch driver’s seat system allowing for eight different adjustments. The cargo space is larger than previous models and now there is an automatic temperature control system. As you move up a trim, the luxury increases again. The EX-L offers leather seats, satellite radio and your choice of a vehicle navigation system or a music system for the rear passengers. The Special Edition has cloth seats, satellite radio and a rear DVD system. The Value Package offers 16 inch tires, privacy glass, keyless entry, satellite radio, music system with seven speakers and a CD player.

There are even more benefits and features built into the new 2009 Honda Pilot.