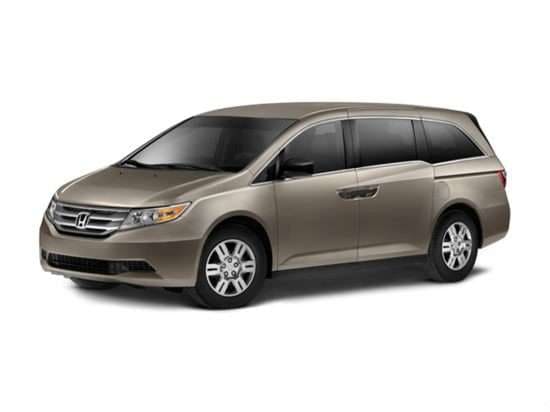 Changes for the 2013 Honda Odyssey:

Already the segment leader for fuel efficiency, and still the only minivan to earn both Top Safety Pick and 5-Star occupant-protection ratings, the 2013 Honda Odyssey comes to the marketplace unchanged from its 2012 version.

The 2013 Honda Odyssey LX is the starter model for the lineup, but it’s fairly well fitted with content, including a/c with front and rear controls, Honda’s i-MID intelligent multi-information display with an 8-inch screen that also hosts an integrated rearview camera system, Bluetooth technology, a multi-function steering wheel, and an advanced audio system. It’s a setup that offers up 229 watts of power, routed through seven speakers (including a subwoofer), and provides AM/FM/CD/MP3 playback as well as both an aux-in jack and a USB port.

Shoppers can then fine tune that package for added interior comfort by moving up to the 2013 Honda Odyssey EX, which provides a tri-zone automatic climate system (with humidity control and air filter), a removable front-center console that can deploy a flip-up ring for holding trash bags, a conversation mirror that doubles as storage for sunglasses, integrated sunshades for second-row passengers, and a 10-way power-adjustable driver’s seat. Notable exterior enhancements for the EX are its power-sliding side doors, heated and power-adjustable side mirrors, and 17-inch alloy wheels.

With the 2013 Honda Odyssey EX-L, we start to see premium cues like a leather-trimmed interior that features a leather-wrapped steering wheel, heated front seats that now include four-way power adjustability for the passenger, and convenience enhancers that range from a “cool box” for beverages and refrigerated snacks to an auto-dimming rearview mirror. Finishing touches are provided by both a power-opening moonroof and a power-operated tailgate. It’s also worth noting that the 2013 Honda Odyssey EX-L can be further optioned-up with a rear-seat DVD entertainment system and a Honda Satellite-Linked Navigation System.

The 2013 Honda Odyssey Touring brings a full-on luxury experience to the minivan segment as well as standard equipment such as a six-speed automatic transmission (up one cog from the previous models), the automaker’s nav system (also bringing a multi-angle rearview camera and display screen upgrade), both the DVD entertainment system and a 17-watt power bump for the audio system, ambient lighting, third-row sunshades, two-position driver’s-seat memory, memory-linked side mirrors with tilt-down functionality for reversing and integrated turn signals, and 18-inch alloy wheels.

The 2013 Honda Odyssey provides a single engine choice, but it’s the most powerful unit ever used in the minivan. The 3.5-liter V6 packs 248 hp and 250 lb.-ft. of torque. The powerplant is paired with a five-speed automatic transmission in the 2013 Honda Odyssey, LX, EX, and EX-L, while the Touring and Touring Elite models benefit from a six-speed automatic that increases both refinement and fuel efficiency.

The 2013 Honda Odyssey is both a Top Safety Pick of the Insurance Institute for Highway Safety (IIHS) and a 5-Star overall performer in testing from the National Highway Traffic Safety Administration (NHTSA).

The tech list for the 2013 Honda Odyssey includes some impressive infotainment features: The factory-integrated DVD entertainment system boasts a 16.2-inch LCD display screen, for example, and provides 650 watts of audio power, 12 speakers (including a subwoofer), and Dolby Digital 5.1 Surround Sound capability. Further entertainment options are provided through an HDMI video input, allowing rear-seat gamers to enjoy the action even on the road. And the navigation system in the 2013 Honda Odyssey relies on Honda’s satellite-linked technology for GPS-enabled directions, and also boasts voice control, complimentary access to FM Traffic data and Zagat’s restaurant ratings, and an 8-inch, hi-res display screen.