Provides More than 40 MPG While Priced under $20K

The 2014 Honda Insight is on sale now with just one minor change from its 2013 predecessor: an MSRP that grows by $125. But that still leaves the versatile hatchback hybrid starting at just $18,725, and that, in turn, still leaves the Insight as the least expensive hybrid in the country. The 2014 Toyota Prius, for example, is over $5,000 more expensive that the Insight, although it also gets better gas mileage (and is a bit bigger, too). According to the EPA, the 2014 Honda Insight is rated at 41 mpg city/44 mpg highway/42 mpg combined, while its Toyota rival can run out an EPA line of 51/48/50.

Remember, too, that the entry-level model of the Insight is an eminently livable package right out of the box, with standard features like:

Of course, you can also upgrade to LX and EX models that offer more goodies, including Bluetooth technology, premium audio, paddle shifters, a rearview camera and Honda’s Satelllite-Linked Navigation System with voice recognition. And even packed with all of that and more, the range-topping 2014 Honda Insight EX with Navigation is still priced at a mere $23,915—that’s nearly $300 less than the least-expensive Prius 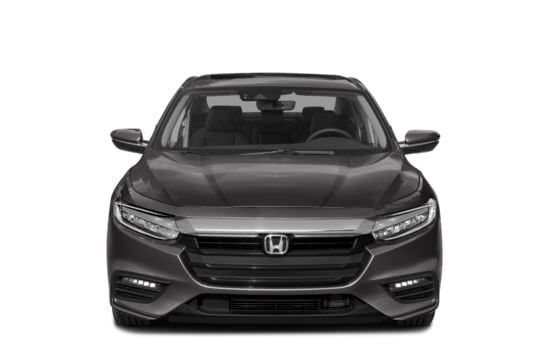