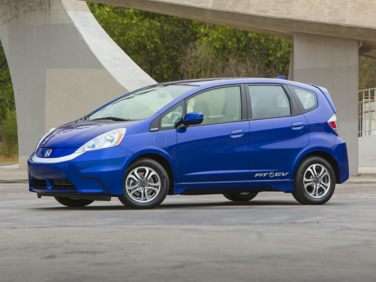 All About Honda Fit EV

The Honda Fit is a subcompact car that Honda debuted in its domestic market of Japan in 2001. The auto manufacturer, recognized for its fuel efficient subcompact and compact cars, markets the Fit around the world. In some markets, such as Europe, the Middle East, Africa, Australia, and much of Asia, the Honda Fit is known instead as the Honda Jazz. The Honda Fit is manufactured in ten different Honda assembly plants across the world. The Fit shares the same platform as many other subcompact and compact Honda vehicles, many of which are not available in North America. The traditional gasoline version of the Honda Fit was released in the United States and Canada in April of 2006. The gasoline version of the Honda Fit is currently in its second generation, and a gasoline-electric hybrid version was released in 2010, though it’s available only in Japan and parts of Europe.

The Honda Fit EV is an all-electric version of the Fit, which was previewed at the Los Angeles Auto Show in 2010, and it was released in the United States in July of 2012, in limited numbers and markets. The concept version of the Fit EV that was displayed on the auto show circuit used a motor based on the Honda FCX Clarity hydrogen fuel cell car. This component was chosen because it was developed to give the driver the sense that the car was powered by a traditional gasoline drivetrain. The concept Fit EV also featured a special key fob that communicated important information to the driver, such as the battery’s current power level, and allowed the driver to command the car to charge, even at a distance (provided, of course, the car was connected to the charging infrastructure). The key fob enabled such capabilities without a smartphone app or an Internet connection. During the concept car stage, Honda started its electric vehicle testing program throughout Japan, using pre-production electric vehicles, including the Fit EV as well as some of Honda’s other electric vehicles. Beginning in January of 2012, Honda also had another testing program in the United States, in conjunction with Stanford University and Google, that researched California-based drivers’ psychological and physical reactions to driving an electric vehicle as opposed to a gasoline-powered one.

The production version of the Honda Fit EV was shown at the Los Angeles Auto Show in November of 2011, slated for release as a 2013 model year car. The Fit EV was initially available in Japan only to government and corporate customers, in August of 2012. Deliveries began in the United States in July of 2012. However, Honda had planned a total of only 1100 Fit EVs to be produced for the United States over its first three model years, with the understanding that the car would be available only through a special leasing program and only in selected markets. The Fit EV hit California and Oregon first, thanks to those states’ investment in electric vehicle infrastructure, and the program became available in Massachusetts, Connecticut, New York, New Jersey and Maryland in early 2013. Customers must agree to lease the Fit EV at a predetermined price, based on the vehicle’s base price, for a three-year term.

The Honda Fit EV is based on the Fit’s platform. The Fit EV’s drivetrain features a 92 kW AC synchronous permanent magnet coaxial traction motor with a 20 kWh lithium-ion battery pack. The transmission is a low friction reduction unit used in the Honda FCX Clarity. The Fit EV has an all-electric range of 70 to 100 miles per hour, depending on driving conditions and which of the three driving modes (economy, normal, or sport) the driver is using. The Environmental Protection Agency’s official range rating is 82 miles, however. The Fit EV’s top speed is 90 miles per hour. The Fit EV achieves a combined fuel economy equivalent of 118 miles per gallon. The Honda Fit EV can be recharged in 12 hours from a standard 120-volt outlet, but a 240-volt charging station cuts the charging time to just three hours.