Motor Trend: 2015 Honda CR-V Is Sport/Utility of the Year

Fresh off its segment victory at the annual Texas Truck Rodeo, the 2015 Honda CR-V has scored one of the industry's top national prizes and was recently named the 2015 Motor Trend Sport/Utility of the Year.

It's another strong indication that Honda has the CR-V back on track after its recent round of mid-cycle upgrades, with Ed Loh, editor-in-chief of Motor Trend, reporting: "The 2015 Honda CR-V impressed our judges with its extensive list of delightful design and thoughtful engineering improvements. Our editors were especially impressed by Honda's responsive and efficient continuously-variable transmission and sophisticated safety systems – particularly the smart and seamlessly integrated Lane Keeping Assist system."

That setup—standard on the 2015 Honda CR-V Touring model that earned the MT award—relies on a small, front-facing camera that can detect lane marking on the roadway and both alert the driver and provide steering assistance if the vehicle begins to drift out of its proper path. And that's in addition to 2015 Honda CR-V safety measures like collision-mitigation braking, a multi-angle rearview camera, adaptive cruise control and Honda LaneWatch blind-spot technology.

From the engineering department, the 2015 Honda CR-V also welcomes a new "Earth Dreams" powertrain, including a new 185-hp direct-injection engine and sophisticated continuously variable transmission, to serve up double-digit percentage improvements in fuel economy. The new tale of the tape for the 2015 Honda CR-V: 27 mpg city/34 mpg highway/29 mpg combined.

Of course, in winning the "Sport/Utility of the Year" title, the 2015 Honda CR-V also had to provide a complete package that includes versatility, value and fun driving dynamics, and Loh notes that, in fact: "The 2015 Honda CR-V does virtually everything well."

Added Jeff Conrad, senior vice president and general manager of the Honda Division for American Honda Motor Co, Inc.: "It is an honor to receive such a prestigious award from the expert staff at Motor Trend. Our engineers, planners, and dealers work hard to deliver class-leading products to our customers, and it's extremely rewarding to be recognized for that hard work. This award from Motor Trend reaffirms for us that we're meeting that goal." 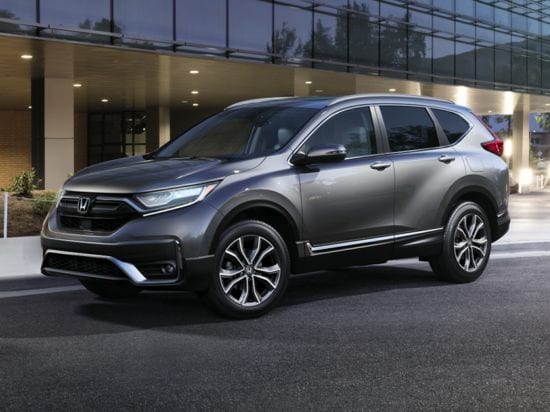