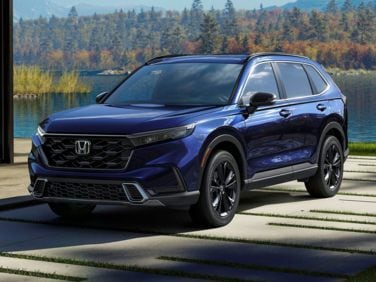 All About Honda CR-V

The Honda CR-V is a five passenger four door compact crossover SUV. Once again, Honda has proven why they are one of the most popular vehicle makers of today. The Honda CR-V is the best-selling SUV in the US. Last year, the CR-V beat out the competition with sales exceeding tens of thousands more, over and above even long-running and popular vehicles such as the Ford Escape and the Chevy Tahoe. It’s not the largest vehicle in this class nor is it the most powerful - if anything it falls a bit short in these areas - but it has definitely caught and held the consumer’s attention.

Fully redesigned in 2007, the changes this year are limited to the EX-L trim. This trim now has an eight-way power driver seat, dual-zone automatic climate control and an upgraded sound system.

Compact SUVs have grown in popularity due to the improved fuel economy over the larger models with today’s gas prices. The 2008 Honda CR-V offers a 2.4 liter four cylinder engine that offers 166 horsepower with 161 lbs ft of torque. Standard is the five-speed automatic transmission. Together the fuel economy ratings for the 2008 front-wheel drive Honda CR-V is 20 mpg in the city and 27 on the highway. The vehicle is available in front-wheel drive and all-wheel drive.

One of the main reasons behind the popularity of this interesting looking vehicle is the impressively large interior. The cargo space offers 73 cubic feet for loading up anything you need for the family vacation. The interior also offers many small storage spaces like bins and cubby holes for smaller items. The rear seat can slide forward or back as required to offer comfortable leg room plus it reclines for a smooth ride. One unique feature is the ‘spy’ mirror built into the overhead console’s sunglasses holder. There is however, no third row seat in the back which limits the number of passengers that can be carried. Older models of the Honda CR-V had a built in picnic table in the cargo bay and this fun addition has been removed for the 2008 model.

The 2008 Honda CR-V has been around for a decade and heralded the arrival of the compact SUV era. This class has become one of the most popular of today and there are at least sixteen other models competing for top spot. Some of the competitors include the Toyota RAV4 and the Mitsubishi Outlander but the CR-V has easily been picked as the overall favorite.

There are three basic trims levels. The base level LX offers a tilt-telescoping steering column, a trip computer, cruise control keyless entry and a full set of power accessories just for a start. Then there are things like the 17-inch alloy wheels, four-speaker stereo with CD/MP3 players and spare audio jack. One step up is the EX which offers alloy wheels, sunroof, a removable trunk shelf, rear tinted glass and even steering wheel mounted audio controls for something different. The top of the line trim, the Honda CR-V EX-L has leather seats, heated front seats, power front driver seat, new trim outside, satellite radio and a top of the line sound system just to name a few.

There are few options for the Honda CR-V. The only main one is a touchscreen navigation system. This includes a rearview camera and a digital audio card reader. Backup cameras are available in the EX-L trim.

The safety features on the 2008 Honda CR-V includes all major safety features such as antilock disc brakes, stability control, full-length side curtain airbags and of course front seat side airbags. The Honda CR-V has achieved five stars in all the government crash tests for front and side crash protection.

The 2009 Honda CR-V is a carryover from 2008. The 2009 CR-V is available in LX, EX and EX-L trims. All three editions of the SUV are provided with the same 2.4 liter, 4-cylinder motor that outputs 166 horsepower and 161 lb-ft of torque. A 5-speed automatic transmission handles the gear shifting duties, and four-wheel drive is available. Fuel economy for the CR-V is rated at 20 miles per gallon in city driving and 27 miles per gallon on the highway.