Offering distinct and distinctive style, high-performance powertrains, and a premium cabin environment, the 2015 Honda Civic Si Coupe and Sedan are essentially unchanged from the previous year. But then again, so is their pricing. Both models do see $100 price bumps, yet the 2015 Honda Civic Si Coupe still starts at an affordable $22,990, while the Sedan model checks in at $23,090.

Further, regardless of the number of doors, the 2015 Honda Civic Si models serve up a noticeably improved performance as compared to the standard Civics, backed by a surprisingly potent, surprisingly efficient powertrain. The standard setup pairs a 2.4-liter four-cylinder engine with a six-speed manual transmission and helical limited-slip differential, then delivers 205 hp, 174 lb.-ft. of torque and EPA ratings of 22 mpg city/31 mpg highway/25 mpg combined.

And remember, both versions had just been significantly upgraded for the 2014 model, with the Coupe in particular benefiting from a new, more aggressive approach to design.

As for the standard 2015 Honda Civic models, they're already at dealerships with MSRPs that open at $18,290. 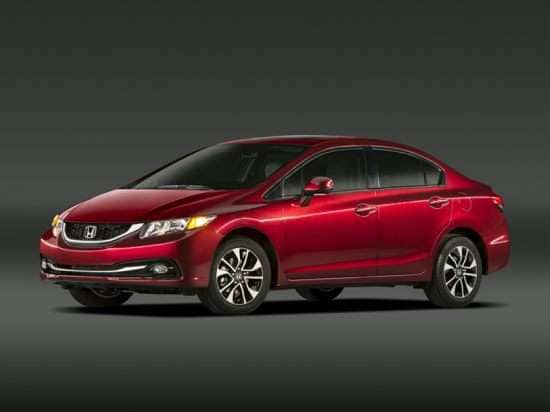