Si: Two letters that set many automotive enthusiasts' hearts aflutter. See an Si badge on a Honda vehicle and you know this vehicle means serious business. The most well known Honda vehicle with the Si badge is the Civic Si. Now, entering its ninth-generation, Honda has given the Si some improvements and changes to keep up with the latest group of sport compacts.

The Civic Si comes available as either a coupe (as shown here) or as a sedan. Go for the Si coupe and you get little touches such as the i-VTEC decals, rear spoiler, fog lights, rear diffuser with a large chrome exhaust outlet, and a set of sharp looking seventeen-inch alloy wheels. Inside, the Civic Si gets new sport seats that hold you snugly in place when you decide to have some fun. The Si also gets red accents in the instrument cluster and a set of shift lights.

Powering the Civic Si is a 2.4L 16-Valve DOHC i-VTEC four-cylinder with 201 horsepower and 170 pound-feet of torque. A close-ratio six-speed manual transmission with a limited-slip differential is the sole choice. The EPA rates the 2013 Civic Si Coupe at 22 City/31 Highway/25 Combined.

A 2013 Civic Si Coupe will set you back $22,515, while the Si Sedan only costs $22,715. Competitors to the Honda Civic Si include the Mazdaspeed3, Subaru Impreza WRX, and Volkswagen GTI. 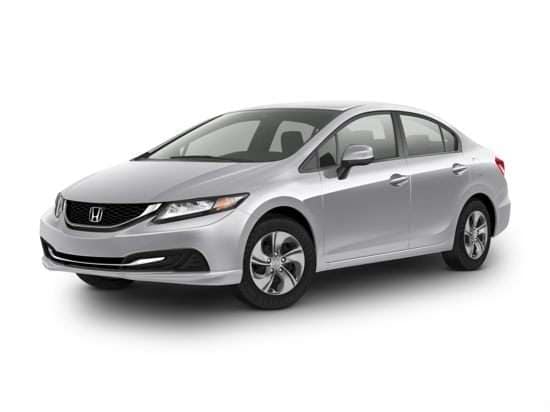