Honda was one of the first auto manufacturers to help make gasoline-electric hybrid vehicles mainstream in the United States, and the new 2014 Honda Accord Hybrid is one of the best examples of a hybrid passenger car that Honda has ever produced. This Autobytel video review of the 2014 Honda Accord Hybrid, hosted by Autobytel’s Road Test Editor Aaron Gold, explains how the 2014 Accord Hybrid is so much better than its predecessors. The first few generations of Honda hybrids used a type of hybrid technology called Integrated Motor Assist, in which the gasoline engine and electric motor worked in tandem to power the car. This system was considerably more efficient than a gasoline engine alone, but there was still room for improvement. Autobytel’s silver metallic 2014 Accord Hybrid test car, though, crams a lot of improvement into one midsize sedan. With this updated hybrid technology, which Honda has dubbed the Earth Dreams System, the electric motor and gasoline engine run separately, providing a much smoother driving experience than older hybrids, since the car’s occupants can’t feel the switch between gas and electric. It’s also much more efficient, since the combined output of the gas engine and electric motor is almost 200 horsepower, yet the 2014 Accord Hybrid rates at 50 miles per gallon city, 45 miles per gallon highway. 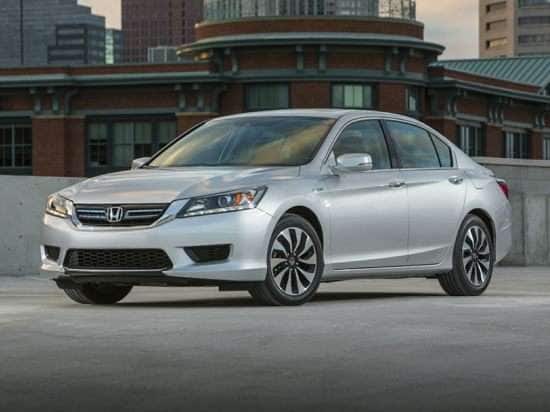