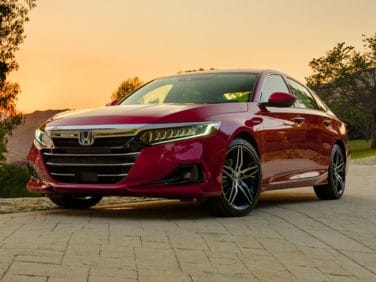 All About Honda Accord Hybrid

The first production Honda Accord Hybrid model was offered in the United States from 2005 to 2007. Many will recall Honda was the first mainstream auto company to field a hybrid model, the 1999 Honda Insight. Honda’s second hybrid offering was the 2001 Civic Hybrid, making the 2005 Accord Hybrid the company’s third gasoline /electric hybrid offering.

However, Honda’s approach with the Accord Hybrid was a bit different.

The electric aspect of the powertrain was employed more for improved performance rather than efficiency. The 2005 Honda Accord Hybrid used a 3.0-liter V6 engine and an electric motor positioned between the engine and the five-speed automatic transmission. The combination was good for 255 horsepower and 232 ft-lbs of torque, as opposed to the standard gasoline-only version of the car, which produced 240 horsepower and 212 ft-lbs of torque.

For the 2014 model year, Honda has revived the Accord Hybrid, but with a different philosophy. This time the company’s engineers fitted a 2.0-liter four-cylinder engine, a continuously variable transmission, and two electric motors. One motor is tasked with moving the car, while the other one handles recharging the lithium-ion battery pack in the trunk. Total system output is 196 horsepower and 226 ft-lbs of torque. With this configuration the EPA estimated the Accord Hybrid's fuel economy to come in at 50 miles per gallon in the city, 45 miles per gallon on the highway, and 47 miles per gallon combined.

Further, the company is also offering the Honda Accord Plug-in Hybrid, which is capable of electric-only operation for approximately 10 to 15 miles. As this is written the model is being offered only in California and New York. But if past is prologue, the Accord Plug-in will soon be offered in the rest of the country as well.