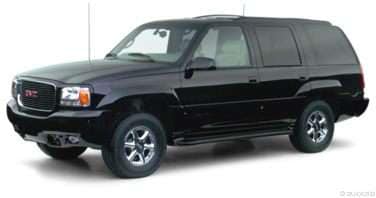 All About GMC Yukon Denali

The GMC Yukon Denali and its close, if not quite as luxurious relative the Chevrolet Tahoe Limited, are the top line full-size body on frame SUV entrants in the General Motors product portfolio in their respective categories. The GMC Yukon nameplate was introduced to the marketplace in 1992, as a replacement for the full-sized version of the GMC Jimmy SUV.  Previously, the Jimmy had been offered in two different sizes. The full-on luxury variant of the Yukon, the Yukon Denali was first offered in 1998, as a 1999 model.

Four years later, an extended wheelbase version of the SUV was brought to market, labeled the GMC Yukon Denali XL. Any student of GM product strategy has probably already guessed Cadillac’s Escalade is derived from this platform as well. In fact, the very first Cadillac Escalade was little more than a GMC Yukon Denali with a bit of extra body cladding, the Cadillac nameplate, and wreath and crest logos.

The Yukon Denali was introduced largely in response to the success of Lincoln’s Navigator. With Navigator, Lincoln proved Americans would buy an ultra-luxe SUV. Turns out what the market really wanted was an ultra-luxe SUV from GM, because when the General got into the market for luxury SUVs in a big way, sales of the Navigator went off the proverbial cliff. The GM models—led by the Escalade actually—conquested sale, after sale, after sale from the Lincoln.

The GMC Yukon Denali has been offered continuously since its introduction. Those first Denali models would seat up to six, the current Yukon Denali XL model will accommodate up to nine passengers. As you might imagine, serious off-roading isn’t exactly what this beast was intended to accomplish. However, soft road duty won’t bring a Yukon Denali to its knees.