The first GMC vehicle to offer OnStar-enabled 4G LTE connectivity will be the 2015 GMC Terrain, which is expected to go on sale this summer. As a result, travelers in the Terrain can connect up to seven digital devices to the Internet at once, through the vehicle's mobile Wi-Fi capability, while also enjoying much quicker service with all of its connectivity features. Then, after the debut of the 2015 GMC Terrain, the Professional Grade brand will begin offering the service for the 2015 GMC Sierra, Sierra HD, Yukon and Yukon XL, as well as their up-scale Denali variants, and the brand-new 2015 GMC Canyon midsize pickup, too.

Further, as with its telematics services, OnStar will include a trial subscription to the 4G LTE system with each 2015 GMC Terrain, with terms capped at three months or three gigabytes of data, whichever comes first. At that point, folks will be able to take advantage of OnStar data plans that start at $5 per month or, if they already are customers with OnStar's partner, AT&T, they can include the 2015 GMC Terrain as part of their Mobile Share plans.

Said Duncan Aldred, U.S. vice president of Buick and GMC: “This technology is a great feature for all of our customers. From those who use their Sierra or Yukon as a mobile office, to the families taking trips in any of our vehicles, they can enjoy the benefits of 4G LTE for work or play.” 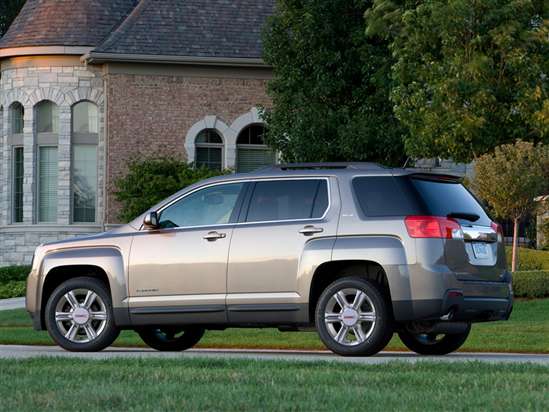