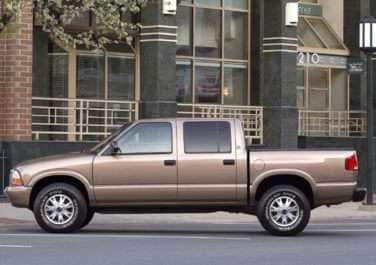 All About GMC Sonoma

One of the biggest and notable changes wrought in 1991 besides the name change was the release of the Sonoma Syclone. The Syclone, back then was one the fastest trucks GM ever build. This truck had a 4.3 L V6 paired to a four-speed automatic transmission. At the time, the Syclone could beat anything on the road and could go from zero to 60 mpg in less than 5 seconds. The Syclone was produced for only one year. GM brought out the Sonoma GT in the next year – but it had a distinct lack – the turbo engine was missing.

The second generation is the one more commonly seen on the roads today and it was produced from 1994 - 2004. This Sonoma offered more power and more features. Being up against the constantly evolving Japanese models, the Sonoma held its own but never really advanced. The vehicle came in three trims – the base SL, the SLS and the top of the line – the SLE.

The GMC Sonoma came as a regular and an extended cab - a crew cab model came out a few years later. There were several engines available, like a 2.2 L four-cylinder producing 118 horsepower, the 4.3 L V6 that offered 165 hp and topping it off is the Vortec 4.3 L V6 that offered 195 hp. There were two transmissions offered – a five-speed manual and a four-speed automatic. Four-wheel drive was available as an option.

In 1994, the release of the Highrider package brought the Sonoma to the serious off-roaders. This truck had a wider track, heavier suspension, bigger tires, and skid plates with a three-inch higher ground clearance. In 1996, the Sportside bed was released as was the optional three-door access cab, which opened up the back of the truck for easier cargo loading. There was also a fold-down jump seat for an extra passenger – preferably a child or small adult as the space is cramped.

By 2001, there was the addition of the four-door crew cab model that could hold five-passengers.

Some of the problems of the Sonoma include the extensive use of plastics throughout, poor ergonomics and low driver positioning making for poor visibility. Some of the advantages that kept the vehicle on the road for so long were the excellent fuel economy, reasonable price, and versatility.

The truck was eventually replaced by the GMC Canyon in 2004.

The base SL was just that – basic. It came with a vinyl bench seats as compared to the SLS, which offered cloth upholstery as well as air conditioning, fog lights, alloy wheels, and cruise control. Go up yet another step to the SLE for shiny chrome trim, more luxury features, and more comfortable seating.****** There was an optional ZQ8 sport suspension package that added in larger 16-inch alloy wheels, lower ride height and faster steering and handling.

The Sonoma never rated high in safety. The only airbag was for the driver and it arrived in 1995 but there was no airbag for the passenger until the vehicle was updated in 1998. The safety features included with the GMC Sonoma are daytime running lights, energy management features, integrated safety belts, rear seat head restraints, and anti-theft features as well as an anti-skid system and traction control.