The GMC Sierra 3500HD is available in five different body & drivetrain combinations, including Regular Cab 4WD, Extended Cab 2WD or 4WD, and Crew Cab 2WD or 4WD – all of which can be had with either single or double rear-wheel configurations. Power is derived from one of two sources, either GM’s tried and true 360 horsepower (380 lb-ft torque) 6.0L V8, or the new 6.6L turbocharged diesel Duramax V8 (conservatively rated at 360 horsepower and 380 lb-ft of torque). Both come mated to an automatic six-speed transmission, but the Duramax carries the distinction of being paired with the Allison 1000 six-speed, which boosts handling and cold-weather response time. Payload capacity for single rear-wheel trucks is 4,632lbs, while the Regular Cab 2WD dually ups that ante to 6,635lbs. Regardless of wheel set-up, maximum towing for ball-hitch is 17,000lbs; 14,000lbs on 2WD 6.0L-equipped models.

Optional accessories include GM’s convenient OnStar system, which comes with remote start, emergency crash response, and turn-by-turn navigation, among a bevy of other functions.

Pricing begins at $30,940 for the bare essentials and, as with all GM’s heavy duty offerings, quickly climbs past the $50,000 range the further up the options ladder you ascend. 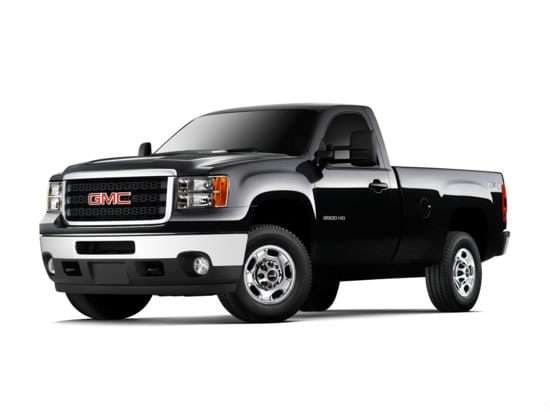