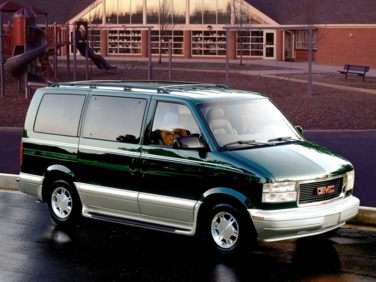 All About GMC Safari

The GMC Safari was on the market for close to twenty years starting back in 1985. This vehicle was a rear wheel drive minivan. This was GMC’s answer to the Dodge Caravan and Plymouth Voyager. The GMC Safari also had a twin on the market – the Chevrolet Astro. These popular vans were available as standard passenger or cargo vans. The twin vehicles were the same except for their names and their series designation. Both are built on a truck base, and are available as all-wheel drive or rear wheel drive models. The rear wheel configuration gives the vehicles a higher payload for towing than a front wheel drive minivan.The GMC Safari has a payload of 5,500 lbs when properly equipped. The all wheel drive model could tow 5,000 when it is configured with the right towing equipment. Not only can this van haul the tent trailer or boat or four wheelers but it can also handlle up to eight people and still have room for gear.

Over the many years that the vehicle was on the market, it underwent several changes. In the first couple of years the changes were all about the engines. A higher output V6 was added to the 2WD vans in 1991. In the next year another engine became available. This second one produced 200 hp versus the earlier model that offered 175 hp. This is also the same year that the ‘Dutch’ doors became available. This design had the one piece glass lift up with separate split doors below.

The transmission changed over the next year. This is the first year that a driver side airbag showed up in the options list. They became standard in all Safari vans by the next year. Safety had come to the forefront by now and this same year saw side guard beams added to the front and side doors. A center high-mounted stoplamp was also added in.

By 1995, the GMC Safari received a necessary upgrade. All models received extended wheelbases and the standard wheelbase vans were dropped. The vans also received yet more horsepower. A few small changes were made over the next couple of years like a locking glove box and built in cup holders but there were also a few major changes. These included the addition of a passenger airbag, daytime running lights and speed-sensitive power steering as well as a redesigned engine cover that then offered more in the front foot area.

It wasn’t until 2000, that the Safari saw more changes. At this time, the van received a larger fuel tank, a standard third-row bench seat, and headlamps now came on automatically under low-light conditions. A couple of smaller changes happened at the same time, one of which was the addition of battery rundown protection. The tow capacities were increased to 6000 pounds for the 2WD vans and 5800 for the AWD models. By 2001, the tide had turned and GMC discontinued the base model. On the remaining SLE and SLT trims, bucket seats became optional marking the only change to the lineup. The last changes were made in 2003, when the van receives all-disc brakes, different suspension components, and 16-inch wheels.

The vehicle was discontinued in 2005 after notice of much stricter federal standards coming into effect for side impact and head injury reductions. As the Safari van sales had already dropped it was going to be too expensive to update the vehicle to achieve the new standards.

The vehicle was replaced by the GMC Acadia Crossover SUV.