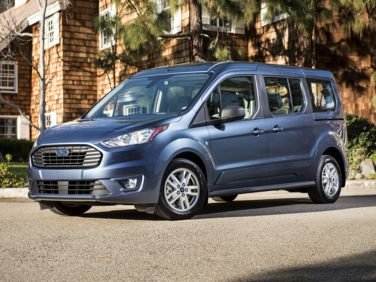 All About Ford Transit Connect

The Ford Motor Company is an American auto manufacturer based in Dearborn, Michigan, just outside of Detroit. During Ford’s time as one of the Big Three American automakers, since 1903, the company has produced and sold many different kinds of passenger vehicles, as well as commercial vehicles. Ford produces cars under the Ford brand, as well as a lineup of luxury vehicles under its Lincoln brand. Ford Motor Company also has investments and partnerships in many other automotive companies around the world, helping the company expand its expertise, resources, and global distribution. Most of Ford’s model lineup is produced at a Ford assembly facility in Wayne, Michigan. However, other locations for sport utility vehicle assembly include plants in Chicago, Illinois, Hazelwood, Missouri and Louisville, Kentucky. However, the Ford Transit Connect is an exception, as it was originally designed for the European market. It was initially produced in facilities in Turkey and Romania, and is now produced in Spain.

When the Ford Transit Connect was first available in the United States, it was only sold with a 2-liter four-cylinder gasoline engine, paired to a four-speed automatic transmission. For the van’s other markets, it was sold powered by a 1.8-liter diesel powerplant with a five-speed manual transmission. In 2011, Ford began offering the Transit Connect with a new electric drivetrain conversion, though these versions of the van are converted after arriving in the United States. That year, Ford also introduced the Transit Connect XLT Premium Wagon in North America. This version of the Transit Connect is intended more for personal than commercial use, and is the first minivan-like vehicle Ford has offered since the Freestar van was canceled in 2007. It provides seating for five occupants, rear windows that can be opened, an upgraded alloy wheel design, and a blind spot monitoring system.

The second generation of the Ford Transit Connect was introduced in late 2012 as a 2013 model year vehicle in most markets, and a 2014 model year vehicle in North America. The revised Transit Connect offers three engines in North America: a 1.5-liter EcoBoost turbocharged inline-four, a 1.6-liter EcoBoost turbocharged inline-four or a 2.5-liter inline-four, depending on market. All three engines come paired to a six-speed twin-clutch semi-automatic transmission. The 2014 Ford Transit Connect can be configured to provide seating for seven passengers, and new options include a rear liftgate, double rear doors, and a personalized key system with memory settings.