Ford Begins Production of the 2015 Transit

On Wednesday, Ford kicked off production of the 2015 Transit van at its assembly plant in Kansas City, Kansas. To get ready for production of the new van, Ford invested $1.1 billion into the factory and brought in 2,000 new workers to support production.

“Producing our Built Ford Tough Transit lineup in Kansas City is a big deal for the local community. Our investment in Kansas City Assembly Plant for Transit production is about delivering world-class commercial vans for a new generation of commercial customers – while building on our decades of leadership in the market and supporting new jobs throughout the region and across America,” said Joe Hinrichs, Ford president of The Americas.

The addition of 2,000 workers to the Kansas City Assembly Plant helps put the company close to its goal of creating 12,000 hourly jobs in the United States by 2015.

The 2015 Ford Transit goes on sale this summer. 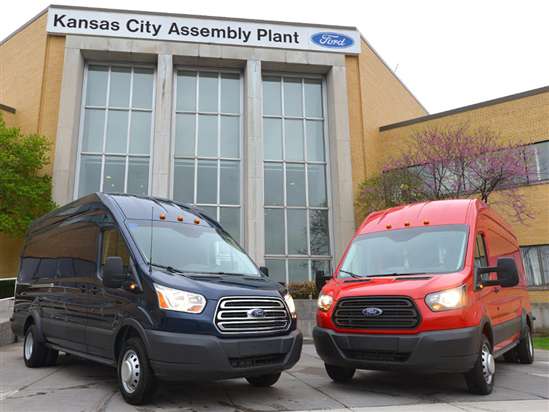