Bristol Motor Speedway usually sees plenty of pace car action thanks to the hard, fender-banging racing, and now Ford has started a new contest to give away one of the most stock cars used in NASCAR. Kicking off at the Ford EcoBoost 300 and the Ford City 500 races, fans are able to register for their chance to win a 2013 Ford Taurus SHO pace car. To enter, just register by going to http://www.bristolmotorspeedway.com now through August 25 to be one of three to receive suite, pit and parking passes for all weekend races as well as a key that will allow that person to drive off in the official pace car. Bristol Motor Speedway season ticket holders who have an email account are automatically entered.

The winner will take home the actual Taurus to pace all of the 2012 NASCAR races at the "World's Fastest Half-Mile." Updated for 2013, the Ford Taurus SHO is the sportiest version of Ford's full-size sedan. With a 3.-5liter EcoBoost V-6 under the hood producing 365 horsepower and 350 lb-ft of torque, the Taurus SHO is a fitting car to use for a pace car. All the badges for the race, the speedway and the SHO will stay on the car, but it isn't clear if the light bar will stay positioned atop the roof for the winning participant to take home. The car also with the new-for-2013 and SHO-exclusive Green Gem exterior paint color as well as Adaptive Cruise Control, voice-activated navigation and the SHO Performance Package. The $1,995 SHO Performance Package adds in features like performance summer tires, machined 20-inch wheels, retuned electric power steering, performance brake pads and stability control with a Track Mode. In total, the pace car's MSRP is somewhere around the $45,000 range, but the unique background of the car could make it a good collector's vehicle down the road. 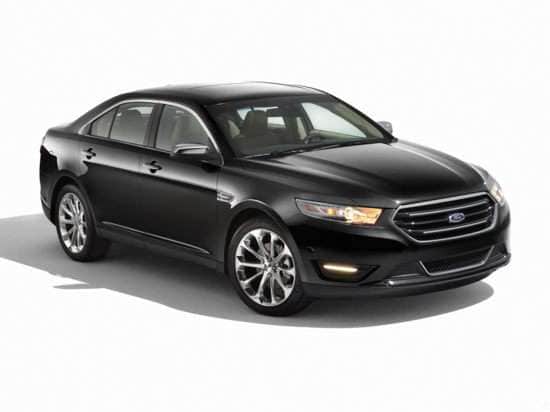