There will be plenty of bar-raising when the 2013 Ford Shelby GT500 debuts, with the car offering both the world’s most powerful production V8 and the highest top speed ever seen on a muscle car straight from the factory. And now another breakthrough has been announced: The new Shelby GT500 will be the first to come with standard launch control, designed to help drivers of all skill sets handle the car’s 662 horses and 631 lb.-ft. of torque.

“We recognize not every driver has the same style, and [that] surface, tire and climate conditions vary,” said Eddie Khan, SVT Engineering supervisor. “Most of our competitors’ launch control systems have a fixed engine launch speed. We’ve given Shelby GT500 drivers the ability to adjust the engine speed to achieve best and most consistent performance, no matter where and when they drive.”

It can take some seriously fancy footwork to properly launch a high-powered performer like the Shelby GT500, since drivers need to carefully modulate the gas and clutch pedals to develop the optimum mix of traction and wheel slip. But the new launch control system developed by Ford’s SVT go-fast engineers can take the guesswork out of the equation entirely.

Owners just activate the system, either via a dashboard-mounted switch or the Shelby GT500’s “Track Apps” feature, then release the clutch/stand on the gas just as they would during a normal takeoff. But in the fastest Ford, the launch control system manages all systems for smooth, lightning-quick acceleration from a standing start and blistering quarter-mile times. The system can be easily switched off in the same ways, which is another advantage for the Shelby: The launch-control setups on other vehicles often require surprisingly complicated, multi-step processes to disengage their systems.

Further, the system on the new Shelby GT500 can be tailored to a wide range of engine speeds—from 3,000 to 4,500 rpm in 100-rpm increments—for novice drivers, while experts can use launch control with the car’s traction control turned off or on, and its stability control switched to any of its three driving modes, to handle a wide variety of surfaces and driving scenarios.

“We developed this system to enable 90 percent of drivers to be able to achieve very fast, smooth and consistent starts with the Shelby GT500 regardless of their skill level,” added Khan, who added that: “For drivers who want to have some fun at their local drag strip with a stock machine, the 2013 Shelby GT500 is the ultimate bracket racer. We’ve given our drivers the ability to exert control over all the power and torque th 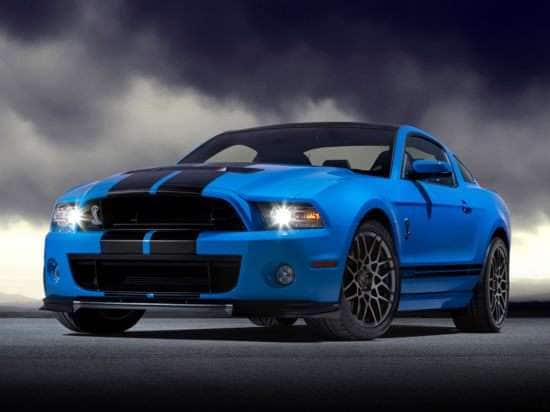