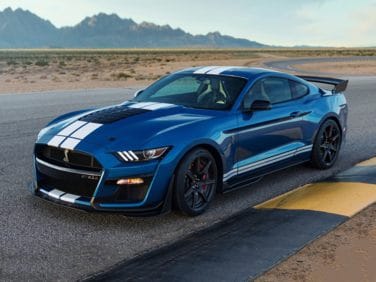 All About Ford Shelby GT500

The Shelby Mustang is a high-end, performance oriented version of American automaker Ford’s long-running Mustang coupe. Though the basic Mustang has been steadily available from Ford for decades, Carroll Shelby’s performance-tuned limited edition production runs of the Mustang are sought after by collectors and American muscle car enthusiasts. Shelby American built the Shelby Mustang from 1965 until 1967; from 1968 until 1970, the cars were built by Shelby Automotive. After a dormant period, Ford and Shelby rekindled their partnership, and introduced a new Shelby Mustang in 2007 to coincide with the premiere of the fifth generation Mustang.

Though production of the Shelby Mustang GT 350 began in 1965, the GT 500 was not added to the conversion program until 1967. Shelby ordered Mustangs to be shipped from the Ford assembly plant to Shelby’s shop in Los Angeles, where cars would be chosen from the delivery to undergo the conversion. Many of the vehicle identification numbers don’t correspond between Ford and Shelby because Shelby did not convert the cars in the same order they were received from Ford. Just a year into the production of the GT 500, the program was moved to Ionia, Michigan, and was overseen by Ford. In 1968, the Cobra name was added to the cars’ monikers, resulting in the cars being sold as the Shelby Cobra GT 350 and the Shelby Cobra GT 500. 1968 also saw a special edition, the Cobra GT 500 KR, which stood for King of the Road. This model got a Cobra Jet V8 engine that produced 335 horsepower. By 1969, the Cobra moniker was removed, but both the GT 350 and GT 500 got a considerable exterior and body overhaul. By this point, the program was being directed largely by Ford, with little involvement from Carroll Shelby himself. Shelby brought the agreement to an end, meaning no 1970 cars would be produced, although all leftover, unsold 1969 cars were at that point listed as 1970 models. These cars got a front lower lip spoiler and black racing stripes on the hood. A handful of 1971 and 1972 Shelby Mustangs were also built to fulfill a special request from a European Shelby dealer.

The Ford Shelby partnership was resurrected in 2005, when Ford brought a Shelby GT 500 to the New York International Auto Show, slated for production as a 2007 model. The 2007, 2008, and 2009 model year Shelby GT 500s featured 5.4-liter supercharged V8 engines with an output of 500 horsepower. Between 2010 and 2012, the output of the drivetrain was bumped to 540 and 500 horsepower. The 2013 model year got a 5.8-liter V8 with a substantial increase in output, 662 horsepower. All Shelby GT 500s from this era got six-speed manual transmissions, high performance suspensions, a special body kit to distinguish the Shelby Mustangs from regular Ford Mustangs, and exclusive 18-inch wheels. This production run of Shelby Mustang cars was completed in Flat Rock, Michigan, with about 10,000 cars being produced per year. Ford’s Special Vehicle Team (SVT) internal performance division also further modified the Shelby Mustang GT 500. An SVT limited edition of 687 units featured Saleen’s supercharger, increasing output to 500 horsepower. The King of the Road was also revived in 2008 and 2009, featuring exclusive performance and aesthetic touches. These cars were built alongside regular Ford Mustangs and then shipped to Shelby Automobiles for completion; Shelby Automobiles Incorporated is listed as the official manufacturer of this production run.

The Ford Mustang was refreshed for 2010, so the Shelby GT 500 was refreshed as well. The car got distinctive front and rear fascias and an updated color palette, for a limited production run of 2000 cars. The 2011 Shelby GT 500 got an engine update, featuring a lighter weight aluminum 5.4-liter V8, which accounted for its slight increase in horsepower. The car also got a bunch of new technology features, such as advanced stability control, HID headlights, and a new programmable key. The 2012 Shelby GT 500 also got an option for new Recaro front seats. For 2013 and 2014, the Ford Shelby GT 500 became noted for its substantial increase in power, marking it as the most powerful production Mustang to date. The 2013 model has an updated front end, improved fuel injectors, a larger clutch with more grip, a larger intercooler, a carbon fiber driveshaft, a standard launch control feature, and a stronger transmission. The car has a top speed over 200 miles per hour. Buyers of the 2013 and 2014 Ford Shelby GT 500 can add optional track or performance packages to their vehicles.