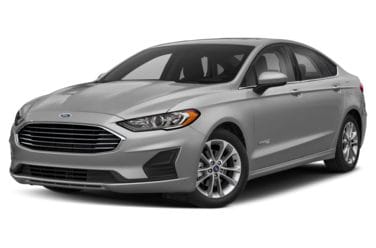 All About Ford Fusion Hybrid

One of the foremost characteristics of the Ford Fusion Hybrid is the fact it actually makes driving a mainstream hybrid fun. For drivers raised on a soulless regimen of Toyota Prius models, the Ford Fusion actually imparts a sense of driving enjoyment—even while delivering the superior fuel economy expected of gasoline/electric automobiles.

Further, the Fusion offers handsome good looks, a wealth of comfort and convenience equipment, and the ability to park itself. For better or for worse, the Fusion Hybrid looks pretty much just like its non-hybrid counterpart. Many say one of the reasons the Prius is so successful is because when you look at it, you know it’s a hybrid. Well, some drivers really aren’t so caught up in having everyone know they’re doing their part to save humanity as they travel to and from Best Buy.

In other words, while that one’s on the arbitrary side, there really is no denying the basic goodness of Ford’s mid-size hybrid sedan. The Ford Fusion Hybrid debuted in 2010, and the first generation of the car ran through 2012. For the 2013 model year, with the revision of the Ford Fusion came an all-new Fusion Hybrid as well.

The second-generation model employs a 188-horsepower propulsion system consisting of a 2.0-liter four-cylinder engine, a continuously variable transmission, and a lithium-ion battery pack, to achieve some 47 miles per gallon combined. The original model used a 2.5-liter gasoline engine, a nickel-metal hydride battery pack, and a CVT as well. This system was good for 191 horsepower and 39 miles per gallon combined.

The Ford Fusion Hybrid has always offered a wealth of equipment—including parking sensors, automatic headlights, dual-zone automatic climate control, and the Sync voice activated infotainment system Ford developed in conjunction with Microsoft. Bluetooth streaming and iPod connectivity with full voice control were also part of the package. Another innovative feature of the Fusion is its self-parking capability. The car locates the space, instructs the driver which transmission position to select, and backs itself into any suitably sized parallel parking space—while the driver controls the speed of the car with the brake pedal.

For the revised version of the Ford Fusion Hybrid, all of the goodness of the original was nicely integrated into a more contemporary package. Key features of this one include smart cruise control, blind spot detection, the MyFord Touch infotainment system, and smart parking makes an appearance here as well. With the Ford Fusion Hybrid, good fuel economy, a strong feature set and handsome styling all go hand in hand.