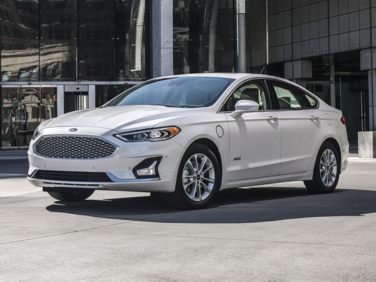 All About Ford Fusion Energi

The gasoline-electric hybrid version of the Ford Fusion was announced in 2005, at the North American International Auto Show in Detroit. It wasn’t available until the 2010 model year, though, and the 2013 model year update marks its second generation. The Ford Fusion Energi shares several components with the Fusion Hybrid. All three versions of the Ford Fusion are visually similar, with only subtle differences in the cars’ badges to clue in casual observers to the cars’ differences. The Fusion Energi also uses the same 2-liter four-cylinder gasoline engine as the Fusion Hybrid to help assist the electric motor. The electric motor is an 88 kW permanent magnet unit, and the system uses a 7.6 kW lithium-ion battery pack. The Fusion Energi’s drivetrain is rated for 195 horsepower and is paired to an electric continuously variable transmission.

The Fusion Energi fully charges in 7 hours on 120-volt power. If a 240-volt outlet or charging station is available, charging time is cut to just two and a half hours. Buyers of the Fusion Energi can opt for a 240-volt home charging station to be rolled into the car’s price. Like the Fusion, the Ford Fusion Energi is a front-engine, front-wheel-drive car that can seat five occupants. The Fusion Energi comes with standard 17-inch aluminum wheels. It features a regenerative braking system to recapture and reuse some of the energy that’s lost when the car is braked to a stop. It also features many of the standard and optional features found on the other Ford Fusion models, such as the MyFord Touch driver information system, a rear view camera, lane assist, active park assist, LED taillamps, projector headlamps, and adaptive cruise control.