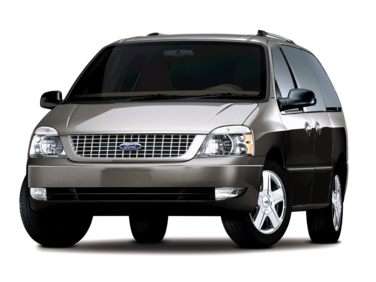 All About Ford Freestar

The Ford Freestar entered the market with a 2004 model as the replacement for the Ford Windstar. The outgoing minivan had been in production for the previous eight years. Not only did it replace the Windstar, it was basically a repackaged Windstar. There were a few minor upgrades like an improved interior, a larger engine and the addition of a third row of seating that can flip around to face out over the tailgate. The Ford Freestar was discontinued in 2007. Throughout the four years of production only minor upgrades were made.

The 2007 Ford Freestar offered two different engines. The Base SE models had a 3.9 L V6 engine that offered 193 horsepower. Then there was the Freestar SEL and Limited models that came with a 4.2 L V6 that offered 201 horsepower. Also new for the 2007 year were new features like stability control and brake assist.

This minivan carries up to seven full size adults. The vehicle is available in three trims – SE, SEL and Limited. Ford has also created a contractor version that has no rear seat. The interior is roomy and attractive with loads of cargo space to carry whatever the consumer might need. If more space is required the rear seats can be removed.

The features standard on the 2007 Ford Freestar are plentiful. They include 16-inch wheels, a full complement of power accessories, air conditioning, cruise control, keyless remote entry, CD player, privacy glass and even a bench seat in the second row that holds two passengers. If you move up a level to the SEL trim there are alloy wheels, tri-zone air conditioning, a power driver seat, and a leather-wrapped steering wheel. There is also an overhead center console that contains navigation equipment like a compass and even a temperature display. Once you move into the level of the Limited there are chrome wheels, heated mirrors, power sliding doors, the same leather upholstery, a automatic climate control, a better sound system, even a trip computer.

Several options are available for this vehicle including 17-inch wheels, rear seat DVD system, and a power liftgate. If you are looking at the Limited trim, there is also the option of adding in heated front seats.

There are many safety features on the Ford Freestar. There is electronic brakeforce distribution and brake assist, stability control system and a tire pressure monitor. There are airbags but the full length side curtain airbags covering all three rows of seating is an option that costs extra for all trims. Other safety options include self-sealing tires, reverse parking sensors and power-adjustable pedals. If you step up a level to the Limited model, these same pedals have built in memory.