As if the 2013 Ford Focus ST isn't already going to be exciting enough, Ford announced today that the sporty hatchback will also have an innovative feature called overboost that will help improve the car's performance. Designed to give the new Ford Focus ST some extra boost in the mid rpm range, Ford says the overboost will improve acceleration... albeit for 15-second intervals. Ford's press release said that the Focus ST will have "the first overboosted EcoBoost engine sold in North America," so it isn't clear if the automaker plans on using this feature in other vehicles down the road.

Even without overboost, the 2013 Ford Focus ST is impressive with its output of 252 horsepower and 270 lb-ft of torque from the 2.0-liter turbocharged and direct-injected inline-four. The standard torque curve of the Focus ST peaks at 270 lb-ft at 2,500 rpm quickly dropping to around 250 lb-ft at 3,000 rpm, but when the overboost feature kicks in, the engine stays at or near its peak torque from 3,000 rpm up to 4,500 rpm. This is a gain of 7.4 percent in engine torque performance, and it's the result of the turbocharger, engine computer and cooling system all being optimized to meet the specific needs and desires of Focus ST buyers.

“We limit peak turbo boost to maintain a wide margin of safety and durability over the life of the car," says engineer Lisa Schoder, Focus ST marketing manager. "Overboost is cool in that it tweaks more acceleration through the turbo for brief periods for performance-hungry drivers.”

While Ford intended this system to act as the "turbo-boost button in a video racing game," the function will likely kick in automatically during heavy acceleration. We have yet to drive the 2013 Ford Focus ST, but we're sure looking forward to trying out overboost after it goes on sale later this year.

The 2013 Ford Focus ST has been in the news a lot lately thanks to exciting opportunities for buyers including a free GoPro HD Hero2 Motorsports Edition camera for those who pre-order and buy a Focus ST, and Ford is also hosting a five-city Focus ST Performance Academy that kicks off on June 30 in New York City and travels through August 11 to Los Angeles. 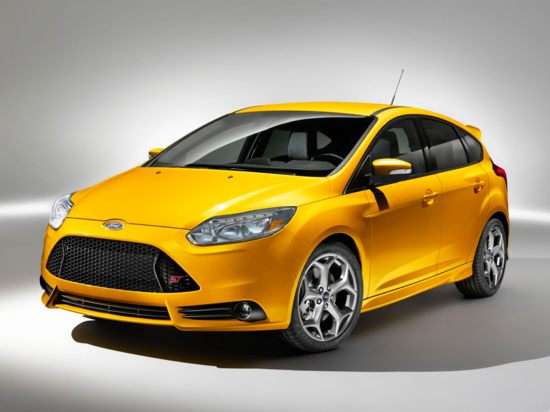