The Ford Focus Electric is the battery-powered edition of the Blue Oval's popular compact car.  The Ford Focus Electric comes in a five-passenger, four-door hatchback body style, and the vehicle is designed to offer the gas-free frugality of an all-electric car while maintaining much of the practicality and day-to-day drivability of a traditional automobile.  In terms of safety, the Ford Focus Electric matches its standard counterpart in terms of providing a full complement of airbags as well as electronic stability and traction control.

Inside, the $40,000 Ford Focus comes with seats and interior trim that have been derived from recycled materials.  A single trim level provides features such as the MyFord Touch vehicle interface, which replaces traditional gauges with LCD screens, as well as keyless entry, the SYNC entertainment and communications interface, and a navigation system.

The Ford Focus Electric is motivated by an electric motor that produces over 140 horsepower and just under 190 lb-ft of torque during most driving conditions.  A single-speed automatic transmission is the only available gearbox, and the vehicle is limited to an 84-mph top speed.  The Focus Electric bears a 105 MPGe rating from the EPA, and it is capable of traveling 76 miles on a fully-charged battery.  Topping up the power source after a trip takes between three and four hours from empty when connected to a 240-volt power supply, while a 120-volt power demands a lengthier twenty hours.

A list of cars similar to the Focus Electric includes the 2012 Nissan Leaf and 2012 Chevrolet Volt. 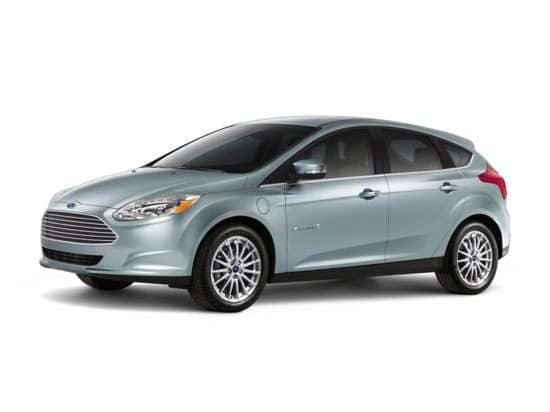