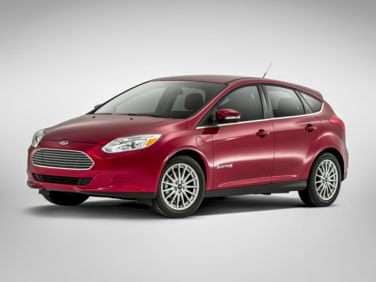 All About Ford Focus Electric

The Ford Focus Electric is an electric version of Ford’s popular Focus compact car. The automaker chose to debut a pre-production version of the all-electric Focus at the 2011 Consumer Electronics Show, rather than going for the more traditional new model debut at one of the many international auto shows. The Ford Focus Electric was developed primarily to compete with the Nissan LEAF and the Chevy Volt, though the market for all-electric vehicles has heated up since the Focus Electric’s debut. The Ford Focus Electric is built at a Ford assembly plant in Wayne, Michigan, in the United States. Production began in December of 2011 and it went on sale in spring of 2012 to limited markets, namely the states of California, New York, and New Jersey. More expanded distribution followed later in 2012, based primarily on state-to-state availability of electric vehicle charging infrastructure and targeted toward major metropolitan areas. Export to European markets, which had originally been scheduled for late 2012, was pushed back to the summer of 2013.

A predecessor of sorts to the Ford Focus Electric was the Ford Focus BEV, a concept electric vehicle that Ford put on exhibit at the Frankfurt Motor Show in 2009. It was based on the European market second generation Focus and featured drivetrain and mechanical components from various North American market Ford hybrid vehicles. The Ford Focus BEV was developed primarily to participate in a government-funded alternative fuel vehicle program in the United Kingdom, and although a fleet of 15 cars was produced for local use, the car did not see wide-scale production or sales to the public.

The Ford Focus Electric in production is based on the traditional gasoline version of the third generation of the Focus compact car, which made its debut at the North American International Auto Show in Detroit in January of 2010 and went on sale as a 2011 model year car. The third generation Focus retained its popular four-door sedan and five-door hatchback versions, and Ford showed a five-door wagon in the Geneva auto show in 2010, as well. This generation of the Focus earned the title of the best-selling car in the world for 2012. However, much has been changed for the Ford Focus Electric.

The EPA’s gasoline equivalent rating for the Focus Electric is 105 miles per gallon. The drivetrain features a liquid-cooled lithium-ion battery pack, good for a driving range of 76 miles, beating out the Nissan LEAF’s 73 mile rating. This battery pack aids a 100-kW, 130-horsepower electric motor, for a combined equivalent of 123 brake horsepower. The Focus Electric tops out at 84 miles per hour. It takes between three and four hours to recharge the Focus Electric using a charging station supplied by a 240 volt outlet; the car comes with a cord to charge from a 120 volt socket, which can take up to 20 hours for a full recharge. The drivetrain was supplied by Magna International, and the battery pack is the result of a joint engineering project between Ford and Compact Power, Inc.

The Ford Focus Electric offers plenty of the same features as the third generation Ford Focus, as well as some exclusive additions. Electric vehicles need to communicate specific information to the driver, such as the battery’s remaining range, the effect of accessories (such as air conditioning and audio) on battery life, and the distance to the next charge point, so the MyFord Touch driver information system was tweaked to meet the Focus Electric’s needs. The information display features blue glowing butterflies that indicate the car’s available range, and at the end of each trip, the drive’s power usage statistics are displayed. A mobile MyTouch app was developed so owners of the Focus Electric can charge the car remotely.