Ford Fiesta ST Confirmed to be Coming to the US

Now that we have the Chevrolet Sonic RS, the Subaru BRZ, Scion FR-S, and the Hyundai Veloster Turbo, Ford is taking the plunge to make their smallest and oldest family member a lot more fun.

Seen as a concept at the 2011 Los Angeles Auto Show, the Fiesta ST might be smaller on the interior than the Sonic RS, but it will certainly have more pep.

Speaking to Autobytel today, John Davis, Chief Engineer for Ford's Small Cars division, confirmed that the 2013 Ford Fiesta ST is coming "soon" and is slated to have the 1.6 liter EcoBoost, 4-cylinder engine under the hood. The European version of the Fiesta ST has the same engine and does 0-60 mph in under 7 seconds, has 177 horsepower, and has what can only be imagined as a good amount of torque.

What does "soon" mean? The 2011 LA Auto Show was a big deal to Ford with reveals of the Focus ST, refreshed Flex, and supremely boosted Shelby GT500, and with the 2012 LA Auto Show is right around the corner, here's to hoping we see it as reality revealed and not a repeat concept.

Video of the Fiesta ST and Focus ST at the 2011 Los Angeles Auto Show courtesy of ksgaragemedia.com 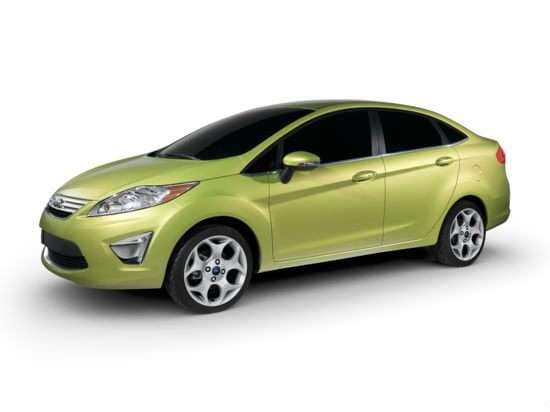