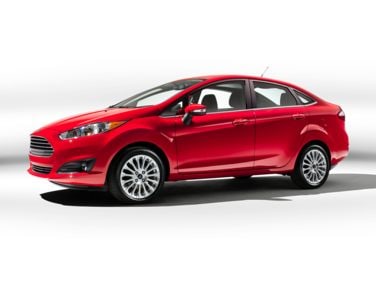 All About Ford Fiesta

Though Ford Motor Company has been manufacturing its compact Fiesta since 1976, United States consumers might have noticed a conspicuous absence of the Fiesta for a couple of decades, even though it’s been manufactured all over the world in the time being, enjoying particularly strong sales in Europe and India, where very small cars have enduring popularity. Ford retreated the original Fiesta from the United States at the end of 1980, despite generally strong global sales (including in Mexico), but the recent and ongoing subcompact resurgence led Ford to reconsider Fiesta sales in the brand’s home market. Thus, a freshly updated Fiesta hatchback was reintroduced to North America at the 2012 Los Angeles Auto Show.

As the United States was going crazy over sport utility vehicles and supersized trucks, the rest of the world embraced small cars for their efficiency and economic value, especially since in many parts of the world, consumers are heavily taxed for driving larger vehicles and using excessive fuel. The Fiesta was a strong example of a car that could cater to consumers facing these needs, and underwent several overhauls to keep its styling fresh and take advantage of the latest technology to be as efficient as possible while keeping costs competitive. At times, the Fiesta even became known for motorsports such as rallycrossing and circuit racing, and has been popular with sport compact tuners because it’s small, easy to work on, and has wide availability of parts. Some limited editions were released over the years to appeal specifically to these demographics. Though these niche markets helped drive demand somewhat, the Fiesta’s endurance is due to its ability to exemplify the best features and benefits of subcompact cars, and Ford’s ability to gauge global trends and cater to demand. The Fiesta is now in its sixth generation, and is available in four body styles. A two-door hatchback, a four-door hatchback, a four-door sedan and a small van (simply using the hatchback shell with modified panels to cover the windows) all bear the Ford Fiesta nameplate, even though availability varies widely based on the market. This current body style lineup is similar to what’s been available throughout the Fiesta’s entire production run, which simplifies production and makes the vehicle suitable for different needs across the world.

The hatchback and sedan Fiesta versions are currently sold in North America with a 1.6-liter 16-valve inline-4 engine with either a 5-speed manual or 6-speed automatic transmission, good for 120 horsepower. The premium ST trim hatchback model, though, gets Ford’s turbocharged direct injection EcoBoost 197-horsepower powerplant mated to a 6-speed manual gearbox.  All Fiesta models are front-wheel-drive and are priced to be competitive in the subcompact car segment, and to avoid cannibalizing sales of other Ford compact cars, which is especially important in the ever-expanding subcompact and compact car segments in the United States.