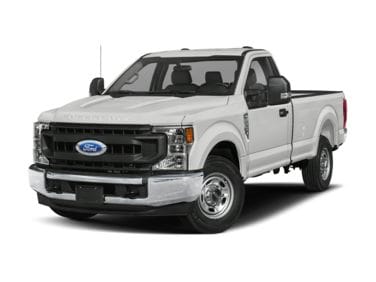 The Ford F-350 is one of a line of full-size pickup trucks that the Ford Motor Company has been selling for well over half a century. The lightest-duty of the F-Series models, the Ford F-150, has consistently been the most popular and best-selling of the lineup, but the F-350, as well as the other F-Series models, fill crucial voids in the pickup truck market. The Ford F-350, as well as the F-250, were part of the regular F-Series lineup until 1998, which marked the tenth generation of the model family. At that point, Ford Motor Company decided to make the F-250 and F-350 part of the Ford Super Duty series of trucks.

During the first generation of the F-Series, the F-350 was known instead as the F-3. Its long-running current name was not established until 1953, when the entire model lineup was updated with better dimensions yielding more capacity, more powerful engines, and a stronger chassis. The second generation F-Series was phased out in 1956. Ford continued building and improving the F-Series, and the lineup continued to gain popularity as it evolved with the times. By the 1980s, the Ford F-Series truck was in its eighth generation. The body had evolved to stay current, but perhaps the biggest evolution of the F-Series during this time was a complete change from carbureted engines to fuel-injected engines, which was achieved in 1988. The F-350 was the strongest model in the lineup that was intended for regular, everyday, civilian usage, and there was a large gap in capacity and capability between the F-350 and the F-600. In the late 1980s, Ford introduced the F-Super Duty to slot between the F-350 and F-600. In retrospect, this was an important move in the overall Ford truck lineup, because it introduced a name that eventually became attributed to the F-350.

The tenth generation of the F-Series was introduced in 1997 and remained in production until 2003. The F-350 and other medium-duty trucks continued to be produced on their existing platforms, while the F-150 and F-250 were moved to a new chassis. Two years later, in 1999, the Ford Super Duty lineup of trucks was introduced, and the F-350 was moved under the branding of the new family. The change to the Super Duty name meant that the trucks were totally reworked. The Super Duty lineup featured body-on-frame steel frames, more powerful drivetrains and transmissions for better towing capacity, and a variety of upgraded components such as axles, springs, suspension and brakes. Ford also revised the trucks’ exteriors to distinguish the F-350 and other medium- to heavy-duty models from the lower-capacity trucks. The F-350 and its siblings were given a more angular and aggressive profile. However, production was kept fairly simple because the two-wheel-drive and four-wheel-drive variants of each Super Duty model, including the F-350, were designed to use the same frame and the same suspension components. Early Ford F-350 Super Duty trucks were assembled in Venezuela, where the model was used as a commercial truck, and in Brazil. Late model production of the Ford F-350, along with the rest of the Ford Super Duty series, took place at the Kentucky Truck Plant in Louisville, Kentucky, and is scheduled to continue through the 2014 model year.