It's hard to image that the current Explorer has been around since the 2011 model year and is still selling like hotcakes, but it has. To keep that momentum up, Ford has announced some changes for the Explorer begining with the 2015 model year.

The biggest change is the introduction of an appearance package for the XLT models that Ford claims adds a “sportier look.” The package includes twenty-inch machined aluminum wheels, black bodyside cladding and roof rack rails, the Explorer name on the hood, and body-color door handles. Also included are mirror caps, a liftgate applique, and a grille painted in "magnetic metallic" paint color. Inside, the appearance package adds Miko suede inserts to the seats and the MyFordTouch infotainment system to the center stack.

Other changes for the 2015 Explorer lineup include the base model getting eighteen-inch wheels as standard equipment, the Sport model getting the Class III trailer tow pack as standard, and three new colors.

The 2015 Explorer goes on sale at the end of this month. 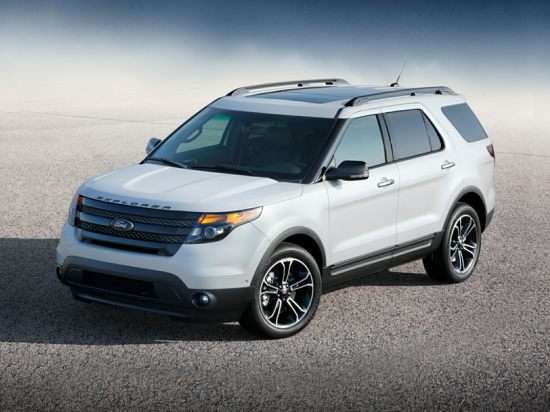