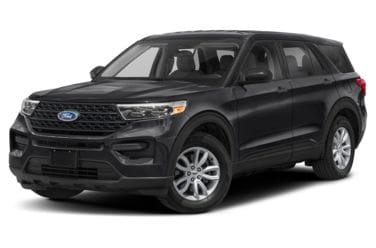 All About Ford Explorer

The Ford Explorer is a four-door, five passenger sport-utility vehicle. The Ford Explorer was one of the first vehicles to popularize the concept of mid-size SUV’s that were family friendly as well as useful. By shrinking the larger dimensions of the full-size Bronco, Ford was able to create a vehicle that could not only still provide excellent towing and off-road ability, but also serve as an effective people mover to replace a minivan or station wagon. The Explorer was quickly imitated by several competitors, and it became the template by which other SUV’s were judged.

The 2008 Explorer was re-designed in 2006 in order to make it larger and more robust. This was done in part to make room in the lineup for the Taurus X crossover, which takes over some of the market previously assigned to the smaller version of the Explorer. While the Explorer does appear to be bigger from the outside, it does not have the gigantic dimensions of some of the other SUV’s on the road, and this helps it avoid some of the criticism that this type of vehicle faces from an environmental perspective.

The Explorer is available in XLT, Eddie Bauer, and Limited trim levels. While the Limited has nicer standard equipment than the XLT, especially in terms of things such as leather seats and dual-climate controls, both vehicles have access to a long list of options, making it possible to equip either with many different upgrades. Some of the most popular options are the Audiophile stereo system, Class III/IV trailer hitch and for the Limited, powered retractable running boards, which are of great use when increasing ground clearance for off-road driving.

The Eddie Bauer edition of the Explorer is an appearance and luxury package which adds highlights to the interior of the vehicle in the form of leather and wood. Nicer wheels and keyless entry also come along for the ride. For 2008, an ‘Ironman’ version of the Explorer is also on tap, which blacks out parts of the exterior trim, upgrades the wheels to 18-inches in diameter, and provides two-tone seats for the interior.

The base Explorer is outfitted with a 4.0 liter V6 that makes 210 horsepower and runs through a 5-speed automatic transmission. Each version of the SUV can be upgraded to a 4.6 liter V8 which produces a more acceleration-friendly 292 horsepower and 300 lb-ft of torque. This engine makes use of a 6-speed auto. The Explorer can be had in either two-wheel drive or four-wheel drive, and is capable of towing a maximum of 3,500lbs – about the weight of the average camping trailer. With highway fuel mileage of 19 miles per gallon, the Explorer is a bit thirstier than a comparatively sized crossover, but it does have an off-road capability that outstrips most crossovers on the market.

The Ford Explorer is an excellent choice for anyone who wants to stick with a truck-based SUV, and who doesn’t mind the extra hit at the gas pump that goes along with that decision. In terms of utility and 4x4 capability, the Explorer matches up well with competitors from Toyota and Chevrolet, and continues to be one of the more popular trucks on the market.***** The 2009 Ford Explorer is a carryover from 2008. There are four trims available for the Explorer, the XLT, the XLT Sport, the Eddie Bauer and the Limited. Standard on all vehicle trims is a 4.0 liter V6 engine that produces 210 horsepower and manages 14 miles per gallon in city driving and 20 miles per gallon on the highway. This engine is mated to a 5-speed automatic transmission. Each trim has the option of upgrading to a 292 horsepower, 4.6 liter V8 that also produces 315 lb-ft of torque. The motor uses a 6-speed automatic and sees fuel mileage of 15 miles per gallon in the city and 21 miles per gallon on the highway. The Explorer is also available with either a four-wheel or a separate all-wheel drive system.