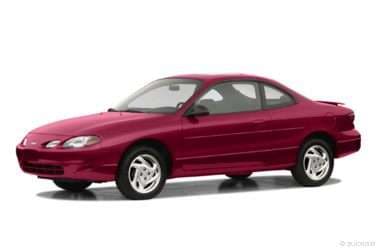 All About Ford Escort

The Ford Escort compact car has been touted as Ford’s first major success of the 1980s. It's rise to fame started in the second year of production when it became a top-seller - a success it held onto for much of the next decade. The Escort is the first front-wheel drive car Ford produced for the North American market. The vehicle successfully ran from 1981 to 2002.

The Ford Escort was actually the replacement vehicle for the Ford Pinto – a subcompact car that was in production from 1971 to 1980 - and the Ford Fiesta. This vehicle was offered as a two-door hatchback or a four-door wagon. Besides the front wheel drive aspect, this car featured an overhead cam four-cylinder engine, rack and pinion steering, and an independent suspension system.

The first of these models were plagued with some problems but constant updating and redesigning saved the vehicle. By the mid to late 1980s Ford introduced a four-door hatchback. The vehicle was up against tough competition with the onslaught of Japanese vehicles but the Ford Escort had established its reputation already. The Pony variation came out in the late 1980s and quickly became known for their plain Jane interiors and excellent fuel economy.

By 1990-91, Ford introduced the second generation of the Escort. This model was based on the Mazda B platform as Ford owned a substantial amount of stock in Mazda. The second generation didn’t have the expected sales at the beginning and Ford adjusted by bringing out a sedan in 1992 in the LX or LX-E trim to complement the hatchback. For the next couple of years, Ford changed their strategy and offered the three or five door vehicles in a hatchback, sedan, or wagon body style for the same ‘one price.’ The Pony was replaced by the Standard trim in 1992 and in 1993; the LX-E was discontinued.

The most common used Ford Escorts will be those from the third generation that ran from 1997 to 2002. The shape of this generation was slightly more rounded and offered a 2.0 L four-cylinder engine that produced 110 horsepower. There were two transmissions offered – a five-speed manual and four speed automatic. In 1998, Ford released the ZX2, a two-door coupe that was in essence the replacement for the Escort GT. The base trim of this car was called the ‘cool’ version and the upgrade was the ‘hot’ trim. As the millennium approach, Ford started phasing out the Escort – the Ford Focus was being phased in at the same time. The wagon was dropped first, and by 2002, only the ZX2 remained – and that carried on for one more year before coming to an end as well.

The Ford Escort included as standard equipment dual airbags and antilock brakes, adjustable upper seat belts in the front, an energy management system and a trunk release. There are also three point reel front seat belts on both the driver and passenger seats as well as height adjustable head restraints available.***** In the government crash tests, the Ford Escort received a three star rating for the driver and passenger in the frontal impact crash tests. For the side impact tests, the front and rear occupants received a three star rating. There is no information available on the rollover resistance rating.