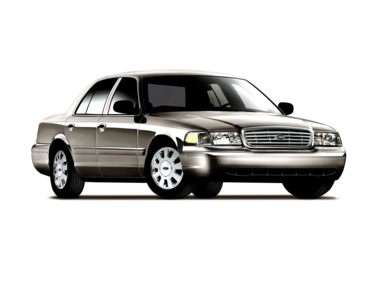 All About Ford Crown Victoria

The Ford Crown Victoria has a history which dates back to the 1950’s. For five decades, the name Crown Victoria has been applied to a succession of full-size, rear-wheel drive sedans that have served as everything from family transportation to taxi and police service vehicles. The Crown Victoria is the ultimate expression of the old school of American automotive design: a solid rear axle, plush bench seats and a large displacement V8 tuned to provide a comfortable ride. As time has marched on, the vehicle has become somewhat of a throwback in an increasingly technology-crowded marketplace.

The 2007 Ford Crown Victoria is largely unchanged from the update to the platform that occurred four years previously in 2003. The large chassis uses aluminum control arms and an upgraded steering rack in conjunction with heavier shocks to increase the handling capabilities of the vehicle. Under the hood, the sole engine option is a 224 horsepower, 4.6 liter V8 that also produces a healthy 282 lb-ft of torque. Shifting is handled by a 4-speed automatic transmission.

As expected, the Crown Victoria offers large interior accommodations. However, the dated design does not make the best possible use of this space when it comes to passenger comfort. While rear seat travelers may have plenty of shoulder room, taller occupants may find their legs to be cramped. There are plenty of vehicles on the market with smaller exterior dimensions which top the Crown Victoria for interior space. A huge trunk is available that will accommodate as many golf or hockey bags as need to be hauled.

The Crown Victoria is not a driver’s car. It is meant to be a comfortable conveyance for those who prefer to remain detached from the road rather than an active participant in the driving experience. That being said, the vehicle does excel at its stated goal. The Crown Victoria is quiet and stable in highway cruising, providing a train-like ride that never gets rocky. About the only thing that can unsettle the Crown Victoria are harsh corners, where body roll gets the best of the vehicle. Fuel economy is a surprising 25 miles per gallon on the highway, similar to a larger crossover SUV.

The Crown Victoria has been removed from retail sale for the 2008 model year. Ford will continue to use the vehicle to equip law enforcement, taxi companies and other fleet buyers such as car rental companies. The Ford Taurus effectively picks up where the Crown Victoria leaves off.