Mention the word hybrid to anyone and the first thing that comes to their head is the Toyota Prius. Since its introduction into the U.S. market in 2001, the Prius has become the symbol of the hybrid vehicle by offering unbeatable fuel economy and a very unique design. Automakers have been trying to figure out how to beat the Prius at its own game for awhile. Most of them have gotten close, but not to the point where they topple the Prius. That doesn’t mean automakers aren’t going to give up. The latest contender is Ford’s new C-Max Hybrid which will take on the Prius and the new Prius V.

The C-Max Hybrid is based on the European market C-Max MPV. While the European market C-Max gets a range of gas and diesel engines, the North American version makes due with a 2.0L Atkinson-cycle four-cylinder mated to a 35-kW electric motor that outputs 188 horsepower. A CVT is your sole transmission choice which sends the power down to the front wheels. The back of the C-Max Hybrid features a lithium-ion battery pack that provides extra oomph when accelerating and collecting energy when braking. Fuel economy is rated at 47 City/47 Highway/47 Combined. There is also a C-Max Energi model which adds the ability of the C-Max to run on the battery alone for up to 21 miles. Recharging the battery takes about two and half hours when plugged into a 240V outlet (seven hours when plugged into a 120V outlet).

The C-Max Hybrid starts at $25,200 for the SE model which comes equipped seventeen-inch aluminum wheels, SmartGauge with EcoGuide that helps you drive more efficiently, SYNC, dual-zone climate control, seven airbags including a driver's knee airbag, and AdvanceTrac with Roll Stability Control. The C-Max SEL is next up with a pricetag of $28,365 which adds push-button start, MyFordTouch, heated seats, and a reverse sensing system. Finally there is the C-Max Energi which starts at $32,950 and adds the ability to run on electric power alone. Options include navigation, Sony sound system, a rear-view camera, a power tailgate that can be opened with a wave of your foot, and system that can parallel park your C-Max. 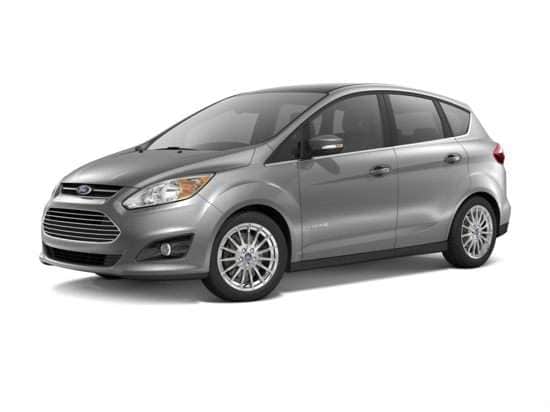