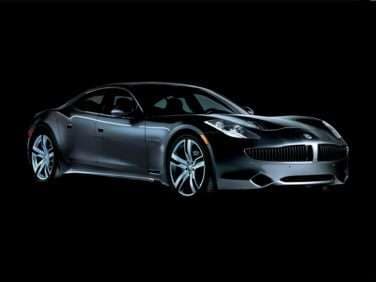 All About Fisker Karma

Fisker Automotive’s first product—the Fisker Karma debuted in concept car form in January of 2008, at the North American International Auto Show in Detroit. The production Fisker Karma was first shown in 2010, at the Paris Motor Show.

Fisker hit upon the strategy of outsourcing production of the Karma in an effort to keep costs down. Thus Fisker Automotive was primarily a design, engineering, and marketing firm representing a product known as the Fisker Karma. The Karma was assembled in Finland at Valmet Automotive (Porsche Boxster and Cayman are also built there) its aluminum frame was built by Norsk Hydro in Norway; Magna International in Canada made the interior of the car.

It is reported this production strategy cut two years off of the development period of the Karma and saved Fisker Automotive some $600 million in development costs. This would have enabled Fisker to become profitable with the Karma after selling only 15,000 units. The United States government helped Fisker Automotive out in 2010, with a $529 million Department of Energy loan guarantee—provided certain production milestones were met.

Unfortunately, in December of 2011, the first cars delivered had to be called to back to correct a problem which could lead to a battery fire. In March of 2012, Consumer Reports purchased a Karma with the intention of running it through its usual testing procedures. The car broke down before it could be tested. A battery problem was diagnosed and the car was repaired within a week, but the damage to its rep was done.

All of these problems, along with many others,  ultimately drove the company into insolvency. By February of 2012, the company had only drawn some $200 million of the Department of Energy loan before it was suspended because the troubled Fisker was missing milestones. Fisker also had to halt the development of the Karma’s sister car, the more affordable Fisker Atlantic. The management team began to cast about for additional investors—to no avail.

After disagreements with the management team over business strategies, Henrik Fisker left the company in March of 2013.