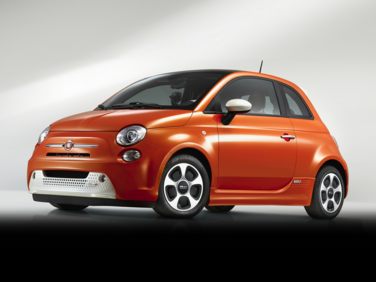 The FIAT 500 is a subcompact car that the Italian auto manufacturer FIAT began producing in 2007. The car is assembled at a FIAT assembly plant in Poland and at a Chrysler Group facility in Mexico. The FIAT 500 is a four-seat, three-door hatchback, and it was announced in 2006, becoming available in 2007. The car was available in Europe and other global markets for several years before its North American debut. The North American release of the FIAT 500 also marked the return of the FIAT brand to the United States and Canada after its 1984 withdrawal from those markets. This move was made viable due to a partnership with American auto manufacturer Chrysler. The FIAT 500 made its United States comeback in 2010 at the North American International Auto Show in Detroit. The North American version of the car has subtle differences in the exterior aesthetics that differentiate it from the European version of the car.

The FIAT 500e was first seen in concept form at the 2010 North American International Auto Show. Chrysler called the car the FIAT 500 Elettra, and announced that the production version would feature an electric drivetrain to be developed at the Chrysler facility in Auburn Hills, Michigan. The production version, now known as the FIAT 500e, premiered at the Los Angeles Auto Show in November of 2012. By July of 2013, FIAT 500e buyers in California were seeing the very first cars. Availability of the FIAT 500e will be limited even within the United States, based on development and availability of the electric vehicle infrastructure as well as state mandates controlling the sale of electric vehicles. Chrysler and FIAT have no plans to make the 500e available in other markets.

The FIAT 500e’s drivetrain is composed of an 83 kW motor paired to a 24 kWh lithium-ion battery. The combination yields 111 horsepower and a full charge of the battery provides a range of 80 to 100 miles, depending on the type and style of driving. The EPA’s official rating for the range is 87 miles, and says that the fuel economy equivalent is 116 miles per gallon combined, 122 in the city and 108 on the highway.

The exterior of the FIAT 500e has some differences from the traditional gasoline version of the FIAT 500, due mainly to the need to improve aerodynamics to help the car run as efficiently as possible. The car’s engineers used wind tunnel testing to help refine the car’s profile, changes that helped the car achieve an extra five miles of range as compared to the body of the gasoline version. The front fascia was refined and sealed, the rear fascia was revised to reduce drag, a belly pan was added to the car’s underbody, and a spoiler was added to the rear hatch. These changes helped the FIAT 500e yield a 0.311 drag coefficient.

The FIAT 500e comes with a bunch of useful features that improve comfort and convenience, as well as help the driver track the car's power usage. The driver's information console is located directly behind the steering wheel, a 7-inch display called a thin-film transistor, that intuitively delivers instant feedback on the car's energy consumption, range, and remaining charge. Other information about the car's systems are displayed as graphics.

To alleviate concerns about the car's usability and practicality, and fears of running out of battery juice mid-trip, a phenomenon known as range anxiety, FIAT announced that buyers of the 500e would get 12 days a year of free rental vehicles through the first three years of ownership, to use for long trips that the 500e's range wouldn't cover. The program is arranged through a partnership with Enterprise and its subsidiary car rental agencies.