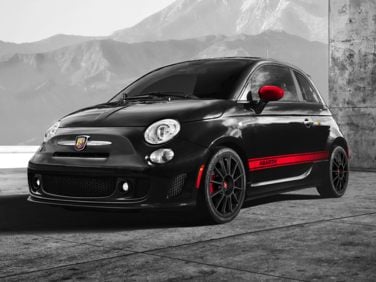 Introduced in July of 1957, the original Fiat 500 was positioned as an inexpensive city car. Its model designation came from the displacement of its 479 cc two-cylinder air-cooled engine. The Fiat Cinquecento (which means 500 in Italian) used a rear-engine, rear-drive powertrain configuration, much like Volkswagen’s Beetle. The model remained in production until 1975, when the Fiat 126 replaced it.

Just over fifty years later, Fiat brought the 500 back, this time configured precisely opposite the original. Sporting a front mounted engine and front-wheel drive, the 2007 Fiat 500 laid the groundwork for Fiat’s eventual return to the U.S. marketplace—following the Italian conglomerate’s purchase of The Chrysler Group in 2009. The U.S. version of the car was presented for the first time in 2010 at the Detroit Auto Show. The new Fiat 500 went on sale in the U.S. in 2011, as a 2012 model and was the first new Fiat sold here since 1983.

The base model is equipped with a 101-horsepower, 1.4-liter engine employing what Fiat refers to as Multiair technology. This basically means it uses a variable intake valve setup, which is electronically controlled. The system enables the engine to produce more power, without a commensurate increase in fuel consumption. Curb weight of the base model is 2,350 pounds. So even with the diminutive engine, the 500 is a somewhat entertaining car to drive. The engine is paired with a choice of transmissions; either a five-speed manual, or a six-speed automatic.

Both coupe and convertible versions are offered. The coupe can be had in three trim levels; Pop, Sport, and Lounge, while the convertible is delivered only in Sport and Lounge configurations. Pop is the base model, Sport is the, uh, sportier option, and Lounge is the “luxurious” Fiat 500 variant. There is an electric version of the car, known as the Fiat 500E, a high performance version of the car called the Fiat 500 Abarth, and a larger four-door version called the Fiat 500L