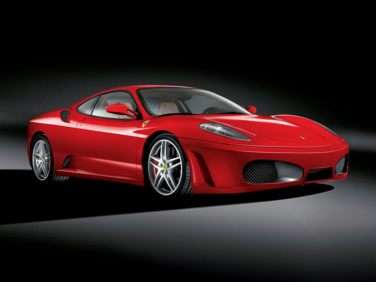 All About Ferrari F430

Long the “entry-level” Ferrari models, the mid-engine V8 Ferraris also have a tendency to be the most fun to drive. Dating back to the 1968 246 Dino, most of Ferrari’s mid-engine road cars have ranked very highly among the maker’s most desirable products.

It is important to note that first mid-engine “Ferrari” housed a V6 and was called a Dino rather than a Ferrari because of Enzo Ferrari’s edict that only cars with 12-cylinder engines could be badged with his name. Over time, that restriction was eased and we’ve seen a delightful progression of mid-engined models from Ferrari during the ensuing years.

One such model was the Ferrari F430, produced between 2004 and 2009 in both coupe and convertible forms. Composed of aluminum body panels fitted to a lightweight spaceframe, the F430’s curb weight was 3,200 pounds. The car bowed in 2004 at the Paris Auto Show, debuting a number of mechanical firsts for Ferrari.

As its nomenclature implied, the Ferrari F430 ran a 4.3-liter V8. This was the first Ferrari V8 to depart from the architecture of that original Dino engine. Along with the new architecture, the F430 used an all-new crankshaft. Additionally, the Ferrari’s connecting rods and pistons were also from an all-new new design. Power output was 483 horsepower and 343 ft-lbs of torque. The engine featured cylinder heads, intake trumpets, and valves lifted directly from the then-contemporary Ferrari F1 engine. Thrust was delivered to the rear wheels via either a six-speed manual transmission, or a six-speed F1 elcetrohydraulic manual (best thought of as a forerunner to today’s direct-shift gearboxes).

The F430 also marked the first application of Ferrari’s mannetino steering wheel control dial. The device’s settings allowed the driver to choose suspension stiffness, throttle response, transmission response, and the functioning of the electronic differential control— or E-Diff. The E-Diff was a computer controlled limited slip differential, capable of varying torque application based on the angle of the steering wheel and the number of G’s the car was pulling at any given instant.