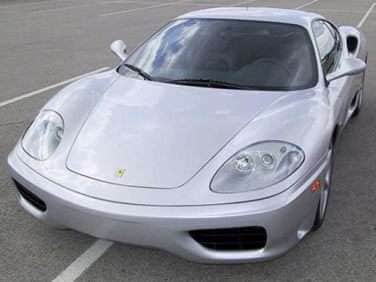 All About Ferrari Challenge Stradale

The Ferrari Challenge Stradale was based on the Ferrari 360 models built between 1999 and 2005. Already both lighter and stiffer than its predecessor—the Ferrari F355—thanks to its aluminum space frame chassis, the 360 was 40 percent stiffer and 28 percent lighter, even though it was 10 percent larger than the F355 all around. An all-new 400-horsepower, 3.6-liter V8 engine was also introduced with the 360, thus its 360 nomenclature (360 = 3.6-liters).

The Challenge Stradale was fitted with Ferrari’s F1 developed automated clutch gearbox. Paddle shifters mounted on the steering wheel enabled gear changes, which occurred in a little as 150 milliseconds. Throttle response was improved over the base 360 models, as was steering response. The suspension system was tweaked to improve handling, and the brakes used carbon ceramic discs from the Enzo super car.

A number of other changes also reduced the weight of the Challenge Stradale cars significantly. The radio was deleted, the rear windows were made of plexiglass (along with the side windows in markets other than the US), and alacantara fabric replaced the heavier leather upholstery. Sound deadening was removed; carbon mirror housings were fitted, as were seats with carbon frames instead of steel. The bumpers were lightened and the engine and transmission were modified to employ lighter componentry as well. All of these changes reduced the curb weight of the Challenge Stradale to 2,804 pounds, compared to 3,197 pounds for the standard car.