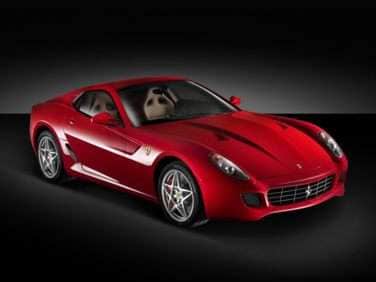 All About Ferrari 599 GTB Fiorano

The Ferrari 599 GTB Fiorano featured a wedge-like profile typical of Ferrari, with a low roofline and a wide wheelbase. The exterior was marked by air ducts, grilles and vents for better aerodynamics and sportier looks. The interior boasted leather upholstery with contrast stitching. Buyers could order their Ferrari 599 GTB Fiorano with the interior entirely swathed in this leather, even the rear parcel shelf, the headliner, and the included fire extinguisher mounted in the passenger side footwell. Some elements, though, were covered in matching leather, for a bit of visual contrast, and plenty of carbon fiber trim complements the high tech cabin.

A handling upgrade package called the Handling Gran Turismo Evoluzione modified the suspension on the 599 GTB Fiorano so that it boasted stiffer springs, a rear anti-roll bar, and modified calibration for the Delphi MagneRide shock absorbers. When this package was equipped, the car also featured a lower ride height for a  lower center of gravity and therefore, overall improved handling. Electronic settings were also optimized. The gearbox was modified for quicker shifts, the exhaust was tuned for better sound, and the throttle was modified for better response. The tires were also upgraded for better traction, fitted over upgraded 20-inch wheels. Visually, the HGTE package (as it was known) added carbon fiber elements throughout the exterior and interior, to distinguish the car from the base 599 GTB Fiorano.