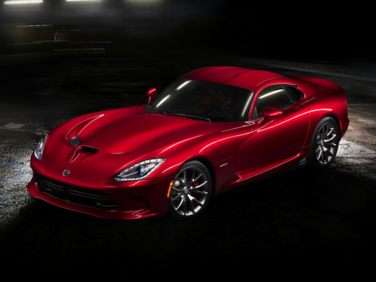 All About Dodge Viper

The Dodge Viper is a two-door, two-passenger sports coupe and a two-door, two-passenger roadster. The Dodge Viper is manufactured in Detroit, Mich. When the Dodge Viper concept car was revealed to the world at the International Auto Show in Detroit in 1989, there was nothing else like it. The two-seat roadster combined a powerful V-10 engine with beautifully sculpted lines to create one of the most talked about concepts in the show’s history. Public response was so positive that a mere 3 years later, the Viper was being sold by Dodge almost unchanged from the original version. Since then, the car has come to define the image of the popular American sports car, clashing head to head with the Chevrolet Corvette in a battle for supremacy.

The 2008 Dodge Viper is the third generation of supercar to bear the name. In the past 15 years, the car has evolved to the point where it is lighter, more powerful and much quicker than the first edition. There are two versions of the Viper or Viper SRT-10 available. The first is a roadster in keeping with the tradition established in the early 90’s, and the second is a full-on competition inspired coupe. Both cars are powered by an 8.4 liter, all-aluminum V10 engine with variable valve timing which produces an overwhelming 600 horsepower and 560 lb-ft of torque. A 6-speed manual transmission shunts power to massive Michelin Pilot Sport tires, and the car has a top speed of over 200 miles per hour. Acceleration is lightning quick, with the sprint to 60 taking only 3.3 seconds – less than the amount of time it takes to read that sentence out loud – and the quarter mile vanishes in 11.5 seconds with the car trapping at 129 miles per hour. The roadster is a little bit slower than the coupe due to the different aerodynamics involved.

Power isn’t the only thing that the Viper has to offer drivers. A viscous center differential and an upgraded suspension system helps to make the chassis stiff enough to slalom at 70 miles per hour and pull over 1 g on the skid pad. With a weight of only 3,450 lbs, the Viper comes in much lighter than many of the high powered cars in the market place today, helping it feel more like a true sports car than merely an engine with wheels and a seat. While the previous Viper was often considered brutal to drive, particularly for the uninitiated, the 2008 Viper’s redesign has tamed some of the more twitchy aspects of the vehicle’s handling.

In terms of practicality – forget about it. Even though the Viper actually turns in a respectable 13 miles per gallon in city driving and 22 miles per gallon on the highway, (similar to an SUV), the two-seater offers limited trunk space and a performance suspension that precludes it from daily driver duty for all but the most dedicated. However, one of the primary complaints from previous generations of the vehicle has been addressed with an effective air conditioning system. This quickly cools down a cockpit made hot by the vehicle’s side pipes and enormous engine sitting just ahead of the firewall.

The Dodge Viper is one of the ultimate street legal thrill rides in the world. The power and handling make it a must drive for anyone in the market for a dominating supercar.

The 2009 Dodge Viper is mostly unchanged from the 2008 models. The changes that are on the new models include new wheel options and new colors. The new optional wheels are six-spoke wheels that were unavailable in ’08. The new exterior paint colors available are: Viper Bright White, Anaconda Green, Graphite Metallic and Diamond Black. In the Viper coupe, there is a new ACR package available that offers better aerodynamics and a suspension that gets better performance.

The two trims available on the ’09 models are the SRT-10 Convertible and the SRT-10 Coupe. Both the convertible and the coupe models have 8.4 liter, V10 engines with 600 horsepower. They get 560 pounds of torque and can go from zero to 60 in less than four seconds. The top speed of each Viper trim is 200 mph.

For both trims, there is only one available transmission type. The 2009 Viper has a 6-speed manual transmission. The fuel economy is 13 miles per gallon in the city and 22 on the highway with a combined rating of 16 mpg. Both 2009 viper trims have standard 14-inch rotors, anti-lock brakes, xenon headlights, front airbags, power-adjustable pedals, a 300-watt sound system and a six-CD changer. Also standard is the upholstery made up of real leather and faux suede. There are optional two-tone interiors available on both trims.

The SRT-10 Convertible trim has a fabric top that is folded manually. It has heated glass in the back window. Both the convertible and the coupe are two seater vehicles with seats that were inspired by race car seating. To keep the vehicle light, many items like side airbags and stability control have been left off to allow the vehicle more speed. The front wheels for both trims are 18 inches and the back wheels are 19 inches.