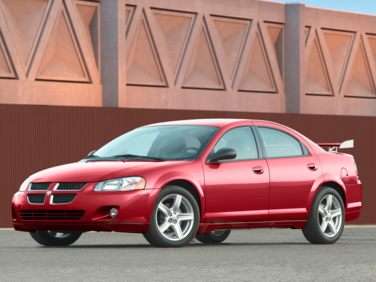 All About Dodge Stratus

The Dodge Stratus is a passenger car that was introduced in the 1995 model year and discontinued after the 2006 model year. During its 11-year run, the vehicle went through two generations of body design. The vehicle replaced the Dodge Spirit and Dodge Avenger. The Avenger returned in 2007 to take back its place within the Dodge lineup.

As a midsize car, the Dodge Stratus competed directly with vehicles such as the Chevrolet Malibu, Ford Fusion and Honda Accord.

The Dodge Stratus shared a similar design and construction to two other Chrysler vehicles – the Plymouth Breeze and Chrysler Cirrus. Known by some as the Cloud Cars, all three triplets were built on the Chrysler JA platform. To differentiate the vehicle from its brothers, Dodge gave the Stratus a slightly sportier design.

The 2nd-generation, which was introduced for the 2001 model year, saw the return of a 4-door sedan design and introduced a 2-door coupe version of the Stratus. The two body designs were actually quite different, with the coupe being more structurally akin to the Mitsubishi Eclipse. A large interior cabin accommodated up to five passengers.

The Dodge Stratus originally debuted with base, SE and ES trim level options. The lineup changed with the introduction of the 2nd generation of the vehicle. From 2001 onward, the coupe would be available in SXT and R/T trim levels. The sedan featured four trim options – SE, SXT, ES and R/T.

The 4-cylinder Stratus sedan was only available with a 4-speed automatic transmission. All other engines could be mated to either a 5-speed manual or 4-speed automatic. For the most part, V6 engines delivered an EPA-estimated fuel efficiency of 20 mpg in the city and 28 mpg on the highway.

Available safety features on the Dodge Stratus included dual front airbags, 4-wheel antilock disc brakes, traction control and an emergency inside trunk release. Government crash tests performed on the sedan by the NHTSA yielded a perfect 5-star rating in the categories of driver front impact, passenger front impact and rollover resistance. A 3-star rating was awarded in the categories of driver side impact and rear passenger side impact.