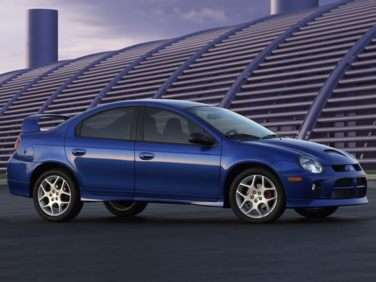 All About Dodge SRT4

The first application of the Dodge SRT4 nomenclature was to a Dodge Neon-based sport compact sedan, first offered for sale in 2003—after appearing at the 2000 Los Angeles Auto Show. The SRT designation indicates the car was a product of Chrysler’s Street and Racing Technology group, which later went on to become a standalone brand within the Chrysler Group. The number four was indicative of the four-cylinder engine used to power the car.

The SRT group was formed to produce ultra high performance versions of Chrysler’s automobiles. The halo SRT model is of course the Viper. There are also SRT versions of the Chrysler 300, the Dodge Charger, and the Dodge Challenger.

The first SRT4 Neon came to market with a 215 horsepower turbocharged 2.4-liter inline four-cylinder engine capable of developing 245 ft-lbs of torque. The front-drive powertrain employed a five-speed manual transmission. For the 2004 model year, output was increased to 230 horsepower and 250 ft-lbs of torque.

In addition to the increased horsepower and torque from the engine, the SRT group also reworked the suspension and braking systems of the Neon to make them more compatible with the potential of the engine. Top speed was 153 miles per hour. The 2003 car was clocked at 5.6 seconds to sixty, while the more powerful 2004 version of the car posted a 5.3-second run to sixty.

After the Dodge Neon SRT4 was discontinued in 2005, the SRT4 designation was applied to a high-performance version of the Dodge Caliber in 2008, which was the Neon’s successor in Dodge’s model range. The Dodge Caliber SRT4 enjoyed 285 horsepower and 265 ft-lbs of torque from a later version of the 2.4-liter inline four-cylinder engine. Introduced at the Chicago Auto Show in 2006, the car came to market as a 2008 model and was intended to be a direct competitor to Volkswagen’s GTI as well as the Mazdaspeed3. A six-speed manual transmission was fitted to route the engine’s output to the front wheels.

While the power and torque figures of the turbo four sound more significant as applied to the Dodge Caliber, many sources have been quoted as saying the engine made more power in the Neon than was admitted to by the SRT Group. Several independent dyno runs revealed the engine was delivering to the wheels upwards of 230 horsepower and more than 250 ft-lbs of torque as well. Doing the math, this works out to more than 265 horsepower at the flywheel as well as more than 285 ft-lbs of torque.