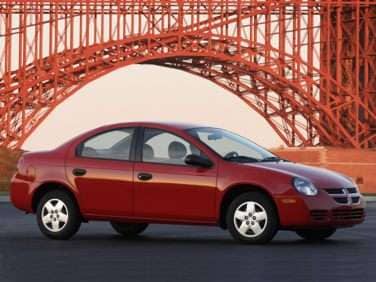 All About Dodge Neon

The Dodge Neon replaced the previous compact car in Dodge's lineup, the Shadow. The Neon was highly successful because of its stylishly cute looks and the fact that it was offered in multiple variations and configurations over its 11-year lifespan.

The first generation Dodge Neon was produced from 1994-1999. There was a choice between a four-door sedan or a two-door coupe. Under the hood of both, was a choice of two engines - either a 2.0 L SOHC producing 132 hp or a 2.0 L DOHC four-cylinder engine offering 150 hp. There were also two transmissions for this vehicle - a three-speed automatic transmission and a five-speed manual transmission. This vehicle was sold under the Dodge and Plymouth brands in the US and Canada. This vehicle was fun to drive, handled itself well in corners and gave a whole lot of heart for the price. This became a popular choice for the younger drivers and those watching their budget because it was cheap and trendy.

The second generation Dodge Neon, was built between 2000 and 2005. This redesigned vehicle never gained the same popularity. It was heavier, more expensive and had lost some it’s cache on the marketplace.

The Neon R/T and ACR models came out in 2001 and were only available with a manual transmission. The automatic arrived in 2002. The Neon SRT-4 sedan arrived in 2003-2005. This vehicle helped to create new interest with its turbocharged 2.4 L engine offering 215 hp and its track tuned suspension. This Dodge Neon was fast – going from zero to 60 mph in just under six seconds. Unfortunately, at this point many consumers had already bought into other brands.

The Dodge Neon survived a few more years years before being discontinued in 2005 when it was replaced with the Dodge Caliber four-door hatchback. On the plus side for this little car was the large interior. Driver and passengers had loads of space and if you need to carry cargo, there was plenty of room. The Dodge Neon was known to offer excellent handling, and a smooth ride for a small car. The vehicle fell down as far as not having enough power and too much noise from the wind and the road around the car, making it irritating to drive.

There were optional antilock brakes available for all models. Airbags became optional in 2001.

The Neon received mixed safety reviews. In the government crash tests, the vehicle received decent ratings. However, the Neon received a ‘Marginal’ rating from the Insurance Institute for Highway Safety in an offset frontal crash tests. The first generation Neon received a ‘Poor’ rating. To compare this to the competition, consider that in 2005, the same institute completed side impact tests on 14 small cars. These tests simulated a crash with an SUV. The Neon had the worst performance – mostly due to the basic structure of the body.