“Magnum” is an appellation the Chrysler Corporation has applied to a number of Dodge models over the years. The most recent Dodge Magnum was a large rear- and all-wheel drive station wagon introduced in 2004, for the 2005 model year. Based on the same platform as the Chrysler 300, the Dodge Charger and the Dodge Challenger, many of the pieces underpinning the Magnum were sourced from Mercedes-Benz.

Essentially a station wagon version of the Chrysler 300, the Magnum delivered excellent road holding, useful cargo capability, and plenty of power. Its charismatic styling attracted a number of buyers, particularly in urban markets. With Magnum, the Chrysler Corporation proved American car buyers would still go for a station wagon. It just needed to have some style.

Long, low, sleek, and unquestionably gangster looking; the Magnum had that indefinable quality known as presence. Introduced late in the run of the first generation of the LX models from Chrysler, the Magnum was only produced for four years before it was discontinued. However, in those four years, Magnum proved once and for all the station wagon could indeed be glam.

Introduced in 2004, as a 2005 model, there was but one generation of Magnum produced before the big wagon was axed. However, as a model name, “Dodge Magnum” goes all the way back to 1978. Of course, for the purposes of this article we will focus on the station wagon iteration of the car built between 2004 and 2008.

A unique feature of the 5.7 L V8 was its multi-displacement system. With this technology, the engine was capable of shutting down four of its cylinders at steady-state operation on the highway. This enabled the engine to deliver better fuel economy, while still providing the extraordinary power expected from a big V8. All Magnum models got four disc brakes, an all-independent suspension system, and a huge set of tires and wheels.

The 2005 Dodge Magnum SE employed a set of 17-inch steel wheels, variable intermittent wipers, a rear defogger, a rear window wiper, manual adjustable lumbar support for both the passenger and the driver, and front bucket seats. All of the seats in the SE were upholstered in cloth.

Air-conditioning was also included in the base price, as were front and rear reading lights, front and rear floor mats, and a vanity mirror for the passenger. The audio system used four speakers, and was driven by an in-dash single-disc CD player. The Magnum SE also came pre-wired for a cellular phone.

The 2005 Dodge Magnum SXT came with stability control and traction control as standard equipment. The SE’s 17-inch wheels were replaced with a set of 18-inch polished alloy wheels. In addition to all of the features of the SE, the SXT also featured privacy glass, a height-adjustable eight-way power driver’s seat, and leather trim on the shift knob.

Bluetooth and side/curtain airbags were optional.

The 2005 Dodge Magnum R/T was outfitted largely the same as the SXT. However, it also got leather upholstery, a leather steering wheel, dual illuminating vanity mirrors, and a six-speaker, 288-watt Boston Acoustics audio system.

Magnum R/T's safety kit was identical to the SXT’s, with the exception of tire pressure monitoring.

For the 2006 model year, fog lights came standard on the SXT, that trim also got the option of 18-inch wheels. Its four-speed transmission was replaced with a five-speed. Further, a rear seat DVD-based video entertainment system was offered as an option for SXT and R/T.

The big news for 2006 was the introduction of the SRT-8 Magnum. Packing a 425 hp, 6.1L V8, the 2006 Dodge Magnum SRT-8 was easily the most powerful station wagon at its price point. Further, its combination of performance and cargo capability made it rather unique in its category.

Outfitted largely the same as the Magnum R/T, the SRT-8 came with 20-inch alloy wheels, Brembo high-performance brakes, a set of performance tires, a rear spoiler, and a leather and suede interior treatment. Both the driver and the passenger seats were height adjustable and power operated. The SRT-8 also featured adjustable pedals and an electrochromatic inside rearview mirror. Its audio system used a 376 W amplifier and and a six-disc CD player with CD MP3 capability.

The Dodge Magnum SRT-8 safety package was identical to the Magnum R/T's.

A new front end styling treatment was the big change for the Magnum's last year of production.

A lot of people were disappointed when Chrysler killed the Magnum. In fact, Ralph Gilles, former president of Dodge and current (2012) president of the SRT division of Chrysler, intimated killing the Magnum was a mistake. And while he has yet to definitively state the car will return, he has hinted strongly a Magnum revival is possible.

The unique style of the Magnum lended itself nicely to customization. While it's still possible to find pristine examples of the car, many were customized with aftermarket tires and wheels. Suspension modifications were big too. Therefore if you're considering buying a pre-owned Magnum, you'll want to make sure it gets a pre-purchase inspection by a trusted professional mechanic, one very familiar with Chrysler products.

There were a number of recalls over the course of the Magnum's life as well, so you want to run an Internet search for “Dodge Magnum recalls”. This will enable you to make sure the necessary modifications were performed on the vehicle of your interest.

Similarly, a vehicle history report, run against the car’s VIN, is a good idea as well. It is better to know the history of the car before you buy—than to find out it has had significant problems in the past, after you’ve bought it. 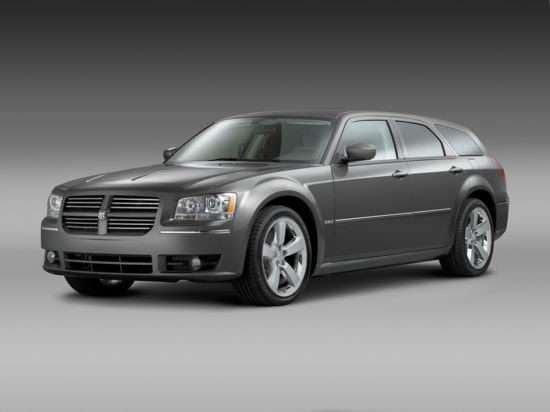