Another mean looking hit for Dodge

2007 Dodge Caliber
By Brian Chee
You just might be looking at a finalist for the 2007 Car of the Year award. That’s an incredibly reckless statement, to be sure, especially without any time behind the wheel. Yet it may well ring true. Introduced on the final day of the 2006 North American International Auto Show, the Caliber left the assembled 6,000 journalists with this lasting impression: Dodge, along with Chrysler and Jeep, is the American nameplate that is doing the best job infusing American style and attitude into their cars.

Not bad for a German automaker. They’re proving that while innovation is not an American birthright, having a Hemi under the hood just might be.

Still, though. Car of the Year? Consider that the Caliber, a five-door hatchback, has the increasingly popular Dodge look, from its bum-kicking grille and flared fenders, to its strong shoulders and aggressive roofline. The wheels are pushed out to the edges, and, when combined with the Dodge gunsight grille and the aggressive beltline, they make the Caliber look as if it’s ready to be driven. Shoot -- it looks like the Magnum’s mean little brother, and also bears a striking resemblance to the RAM pickup. There is not anything – anything – about the Caliber that’s similar to the Neon that it replaces.

But as David Spade would say, forget the Neon –- if you haven’t already. The 2007 Dodge Caliber is better, cheaper and less expensive than the old Neon, and should compete quite well with all other entry-segment hatches –- and sedans, and SUVs –- when it rolls onto dealer lots in the spring of 2006. With a base price of $13,985, and with a residual value of 50 percent after the first few years, the Caliber seems like a screaming deal. That’s a deal that includes standard side airbags, a cooled beverage storage bin, a 60/40-split rear seat, and an armrest holder for your iPod.

Driving the Caliber's front or all four wheels is a series of four-cylinder engines ranging from a 1.8-liter, 148-horsepower motor to a 2.0-liter four-cylinder that makes 158 horsepower or a 2.4-liter that generates 172 horsepower. The engines will be mated to a standard five-speed manual, and a continuously variable transmission (CVT) will be offered as the automatic transmission choice. More expensive variants of the Caliber will offer all-wheel-drive as an option. There is also the possibility of adding one of the PT Cruiser's turbocharged engines to the mix to create a hot-rodded SRT-4 model, but those rumors have not been confirmed. At launch, the 2007 Dodge Caliber will be offered in three trims: the base SE, the mid-level SXT and the sporty R/T. 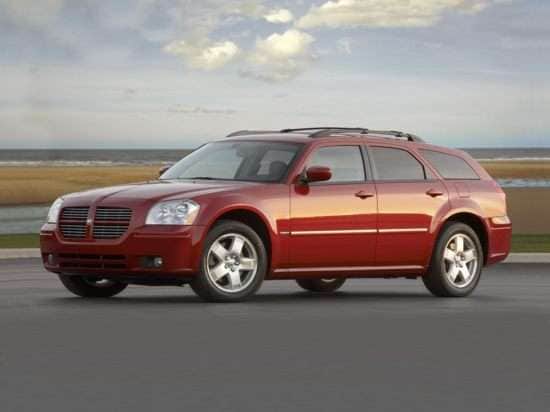