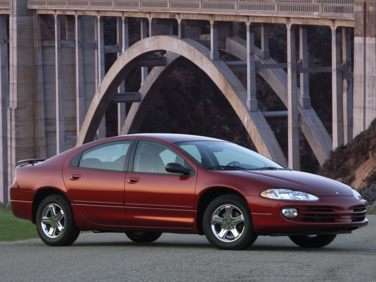 All About Dodge Intrepid

The Dodge Intrepid is a 4-door sedan that originally debuted for the 1993 model year. The vehicle replaced the Dodge Dynasty and Dodge Monaco as the largest sedan in Dodge's lineup. The vehicle was discontinued following the 2004 model year and replaced by the Dodge Charger and Dodge Magnum. As a member of the full-size sedan vehicle class, the Intrepid competed directly with such vehicles as the Buick Park Avenue, Pontiac Bonneville and Toyota Avalon.

The Dodge Intrepid was structurally and visually similar to two other Chrysler vehicles – the Chrysler Concorde and Eagle Vision. All three were built on the LH platform and featured rounded corners, a long front hood, Cabin Forward design and slanted headlights.

A 2nd-generation design was introduced for the 1998 model year. The new designed featured a sleeker exterior. Inside, the vehicle accommodated either five or six passengers (depending on the inclusion of the optional front bench seat).

All Dodge Intrepid models came matched with a 4-speed automatic transmission. With the exception of the base model, all trims also featured manual shift capability. Fuel efficiency for each engine is as follows:

Standard safety features available on the Dodge Intrepid included dual front airbags, 4-wheel disc brakes and an emergency inside trunk release. Front side airbags, antilock brakes and traction control were available as optional upgrades. In crash tests performed by the NHTSA, the Intrepid scored a perfect 5 stars in the category of rollover resistance. A 4-star rating was awarded in the categories of driver front impact, passenger front impact and driver side impact. In the category of rear passenger side impact, the sedan garnered a 3-star rating.

2004 Dodge Intrepid specifications are as follows: